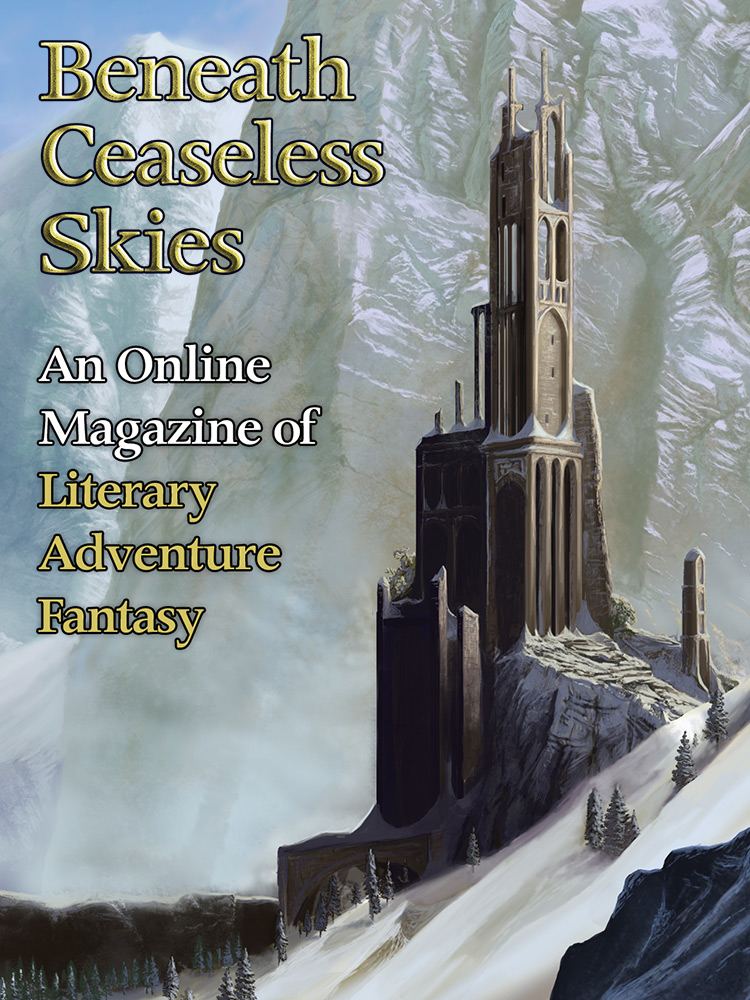 BCS #141 is out today, featuring a returning BCS author, a new one, and a guest-narrated podcast.

Rahul Kanakia appears in BCS for the first time with “The Days When Papa Takes Me to War,” a strange pseudo-WWII era tale. Ann Chatham (“A Marble for the Drowning River” in BCS #94 and podcast BCS 082) returns to BCS with “Pilgrims,” a tale of two travelers on spiritual missions.

The BCS Audio Fiction Podcast episode is BCS 120: Pilgrims by Ann Chatham, guest-narrated by Folly Blaine, who has guest-narrated past BCS podcast episodes including BCS 104: Singing Like a Hundred Dug-up Bones by Alex Dally MacFarlane and BCS 094: Seeking The Great Raymundo by Jamie Lackey.

The ‘From the Archives’ story with BCS #141 is “The Empire of Nothingness” by Geoffrey Maloney from BCS #88, a story of strange soldierly journey not unlike “The Days When Papa Takes Me to War.”