Gregory Norman Bossert’s story “The Telling” from BCS #109, which won the World Fantasy Award last year, is now an audio podcast at Podcastle, the fantasy short fiction podcast. Listen to it there if you haven’t read it yet, or even if you have. 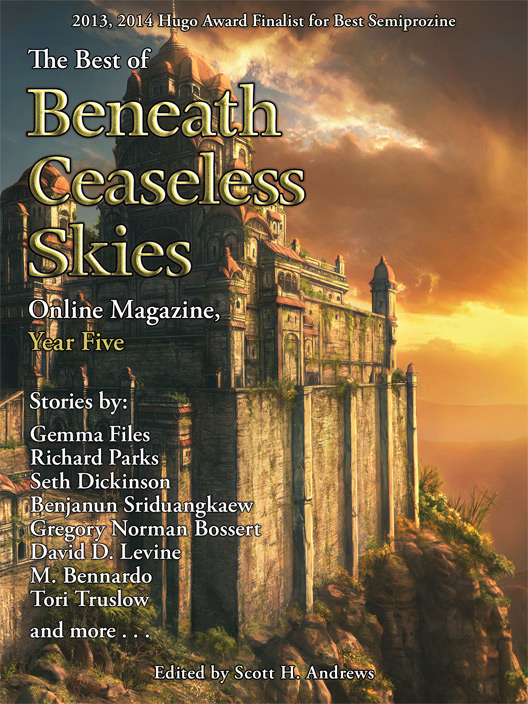 It comes out Sept. 10, but it’s available right now on special early release at Weightless Books. Pick up a copy today to read “The Telling” and sixteen other great BCS stories, and support BCS at the same time.

Gregory Norman Bossert also has a new novelette forthcoming in BCS next month, “The Leaves Upon Her Falling Light.” Look for it and our Sixth Anniversary Double-Issue next month!