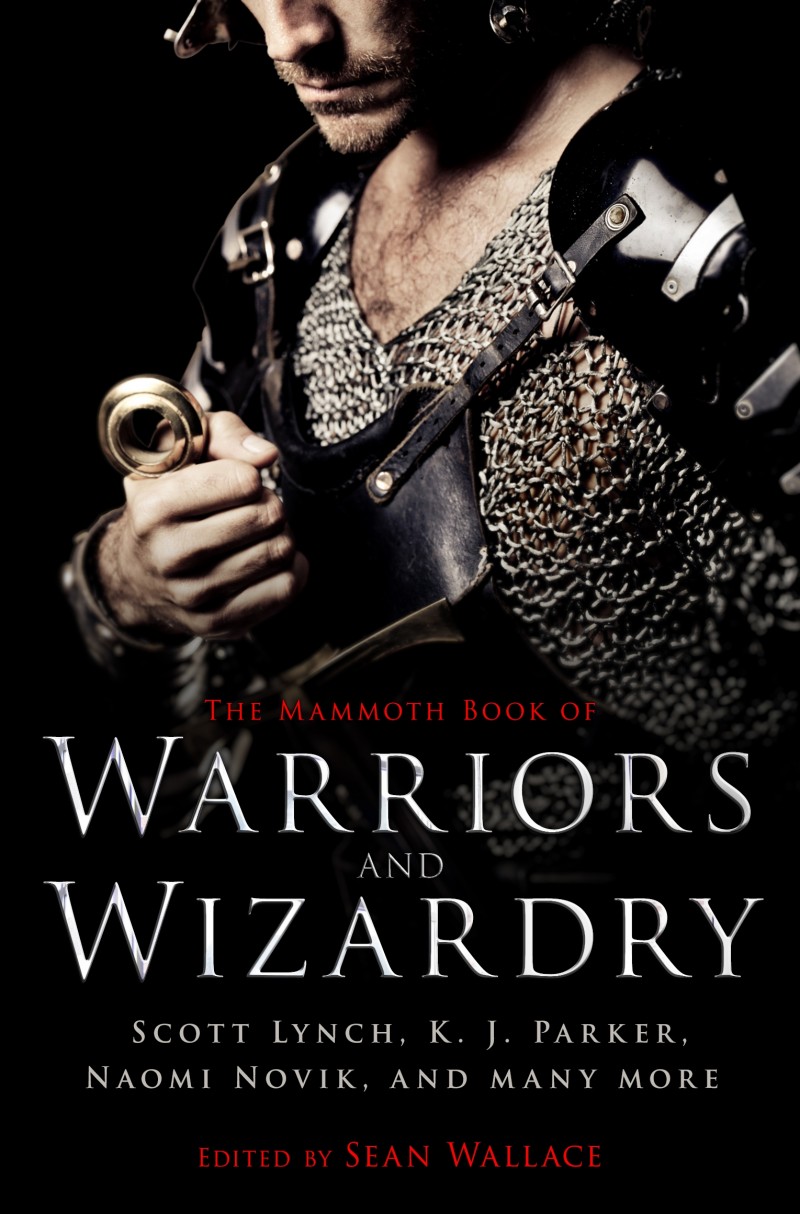 A great new anthology The Mammoth Book of Warriors and Wizardry comes out next week, featuring four stories from BCS and nine other great stories by BCS authors, and we’re giving away a copy.

It has twenty-five stories overall; plus an introduction written by me, BCS Editor-in-Chief Scott H. Andrews, in which I pontificate on classic fantasy takes on warriors and wizards and how, in the hands of skilled authors like all those above, those classic takes have evolved and broadened to include varied peoples and lands and to offer an examination of what it means to be who these characters are.

To enter, comment on this post and tell us your favorite warrior or wizard character from BCS. Any warrior or wizard, from any BCS story. For the Full Rules, click on ‘Show Hidden Text’ at the end of this post. But hurry; the giveaway ends Wed. Nov. 5! This giveaway has ended.

To get you started, here are a few BCS stories featuring warriors and/or wizards, beginning with the four that are in this anthology:

“From the Spices of Sanandira” by Bradley P. Beaulieu (BCS #70)

Full rules for The Mammoth Book of Warriors and Wizardry giveaway:

You must leave your comment on this The Mammoth Book of Warriors and Wizardry Giveaway post. Comments left anywhere else will not enter you in the giveaway.

You must post your comment before midnight PST on Wed. Nov. 5, 2014. Any comments posted after that will not be eligible.

BCS will conduct the random drawing from all eligible entries. The copy of The Mammoth Book of Warriors and Wizardry will be mailed to the winner.