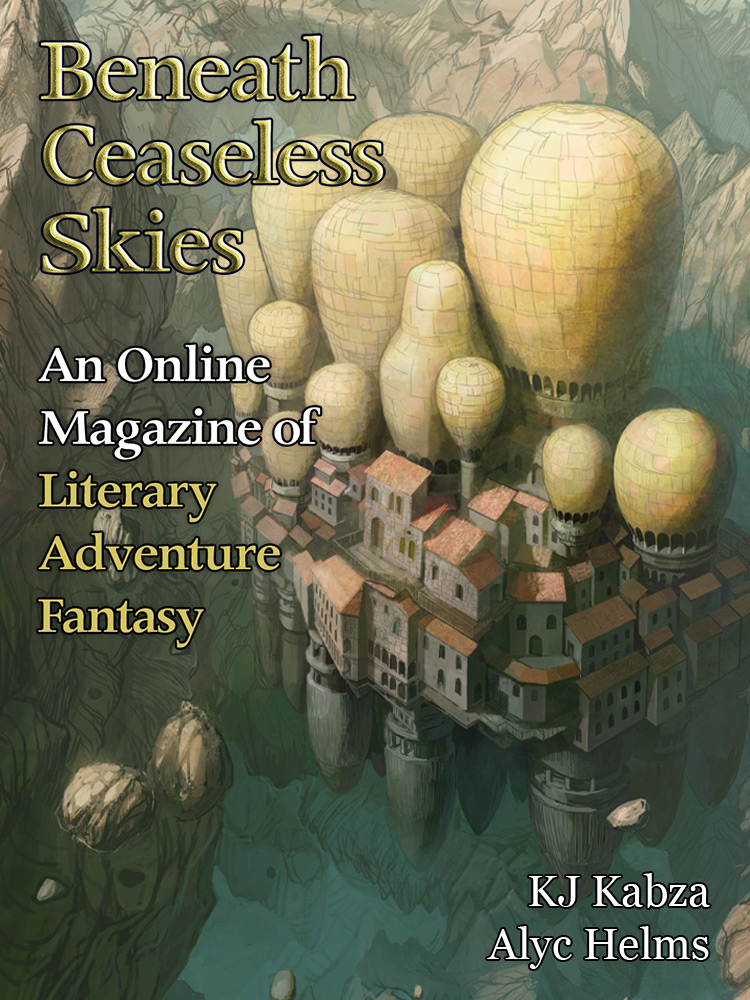 BCS #168 is out today, featuring a returning BCS author and a new one, with dark stories of city perseverance.

KJ Kabza (“The Leafsmith in Love” in BCS #39 and our Ceaseless Steam anthology) returns to BCS with “Steady on Her Feet,” a dark story of a hardscrabble protagonist fighting to better herself.

The From the Archives story with BCS #168 is “The Tinyman and Caroline” by Sarah L. Edwards, from BCS #17, an equally dark and grimy city tale of a character struggling, not unlike “Steady on Her Feet” or “A Screech of Gulls.”

All behind a new angle of our new cover art: “Floating Town” by Takeshi Oga.