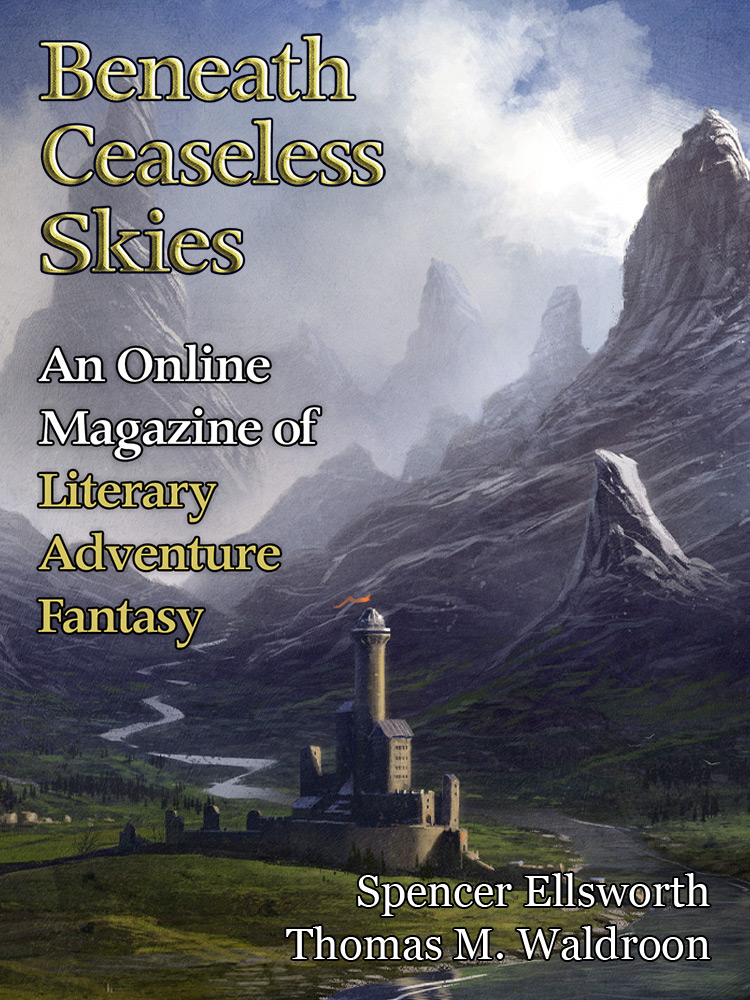 BCS #171 is out today, featuring a returning BCS author, a podcast, and a new episode of The BCS Audio Vault that ties in with our new anthology Ceaseless West.

Spencer Ellsworth (“The Death of Roach” in BCS #85) returns to BCS with “The Fires of Mercy,” a tale of flight and consequences. Thomas M. Waldroon offers “Sinseerly A Friend & Yr. Obed’t,” a uniquely voiced story of mystery and family history.

The BCS Audio Fiction Podcast episode is BCS 148: The Fires of Mercy, the Spencer Ellsworth story, rendered in the taut voice of a bleak situation.

The new BCS Audio Vault episode with BCS #171 is BCS Audio Vault 017: Hangman by Erin Cashier, the text version of which appears in our new ebook anthology Ceaseless West: Weird Western Stories from Beneath Ceaseless Skies, due out next week. It’s introduced by the author, explaining the Western and Weird Western inspirations for the story and the narrator’s Western-style voice.

The From the Archives story with BCS #171 is “The Book of Autumn” by Rachael Acks from BCS #49, a tale of character flight and consequences not unlike  “The Fires of Mercy.”