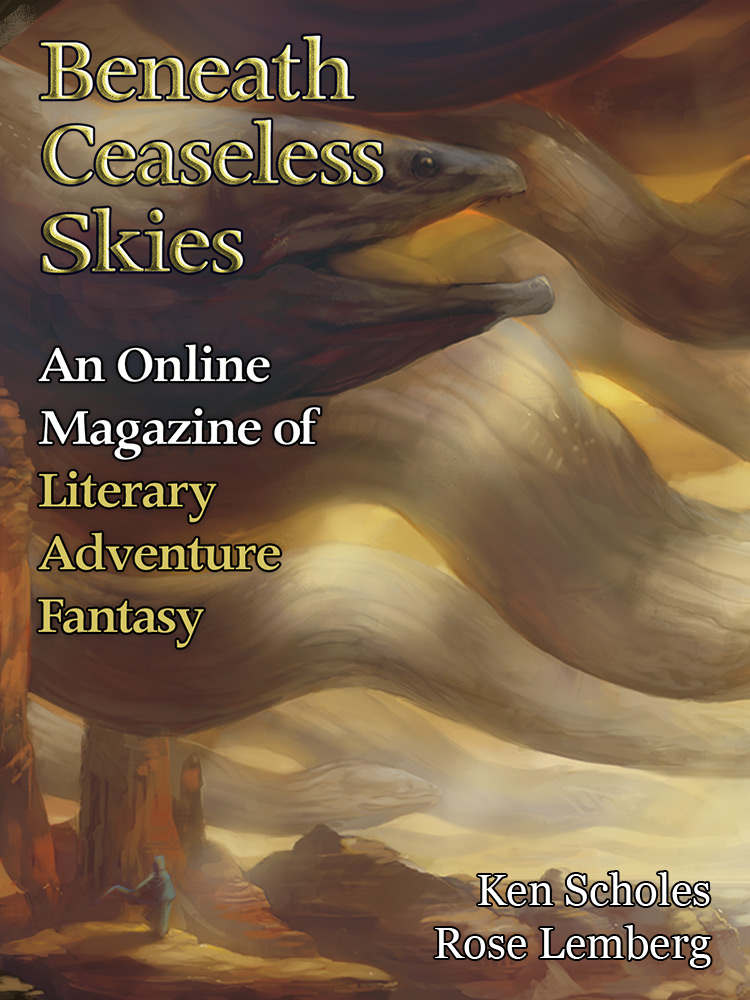 Ken Scholes, novelist and short-story author, explores duty and past in “On Freedom of Agency and the Finding of Lost Hearts.”

The BCS Audio Fiction Podcast is BCS 152: The Warriors, The Mothers, The Drowned, Kay Chronister’s story from BCS #174 of a mother’s flight through a strange land of the dead filled with grimacing golems fashioned from maize.

Accompanying them From the Archives with BCS #175 is “Throwing Stones” by Mishell Baker, from BCS #47. All behind new cover art: “Migration,” by Hugo Award-winning artist Julie Dillon.