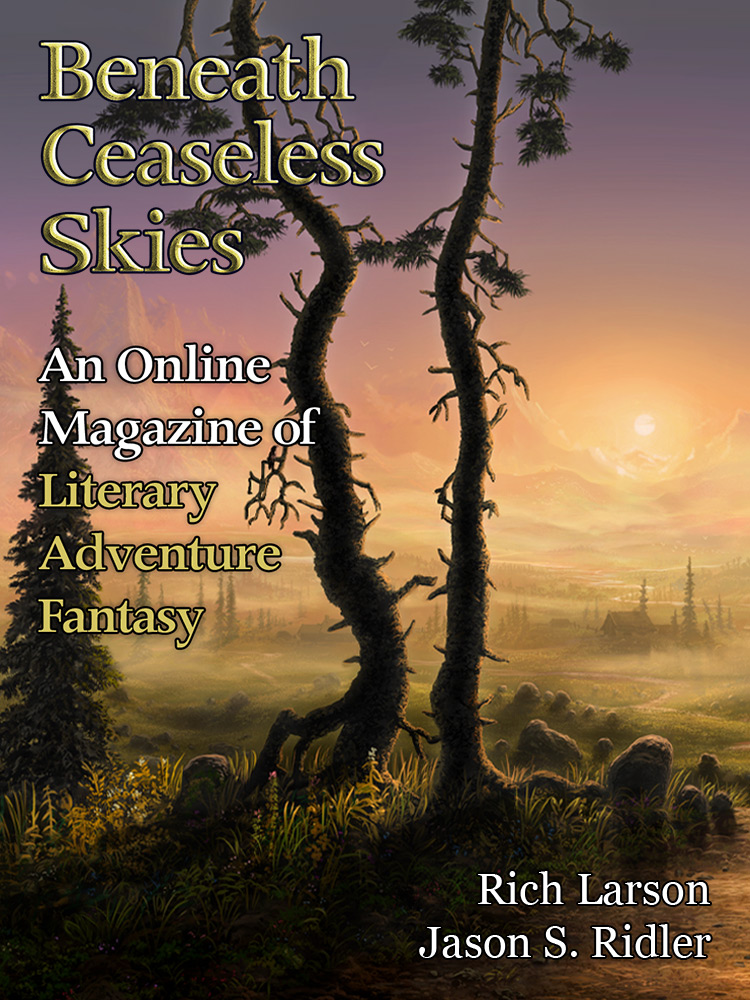 BCS #187 is out today, two days early because of the U.S. holiday this Thursday, featuring two returning BCS authors–incidentally, both Canadian–offering stories of the present haunted by the past, and a new episode of the BCS Audio Vault podcast.

Rich Larson (“The King in the Cathedral” in BCS #166 and podcast BCS 144, and “The Mermaid Caper” in BCS #119, featuring his duo of mysterious rogues Crane & Gilchrist) returns to Crane and Gilchrist with “The Delusive Cartographer,” a tale of infiltration and mystery borne out by the past.

BCS #187 also features a new episode of the BCS Audio Vault: 020 In the Age of Iron and Ashes by Aliette de Bodard, a tale of cultures and wartime not unlike “Spider’s Ink.” It’s introduced by the author, detailing the historical and emotional inspiration for the situation of siege with no hope of relief that takes place in the story.

The From the Archives story with BCS #187 is “Bakemono, or The Thing That Changes” by A.B. Treadwell, from BCS #116 and podcast BCS 099, a tale of war and the clash of cultures not unlike Spider’s Ink” or In the Age of Iron and Ashes.

The BCS Audio Fiction Podcast is on hiatus for a few issues; in the meantime, peruse our episodes from earlier in the year, including BCS 150: The Punctuality Machine, Or, A Steampunk Libretto by Bill Powell, a special large-cast reading featuring multiple guest narrators, and BCS 133: No Sweeter Art by Tony Pi, guest-narrated by John Meagher, which was recently named a finalist for the Parsec Awards.