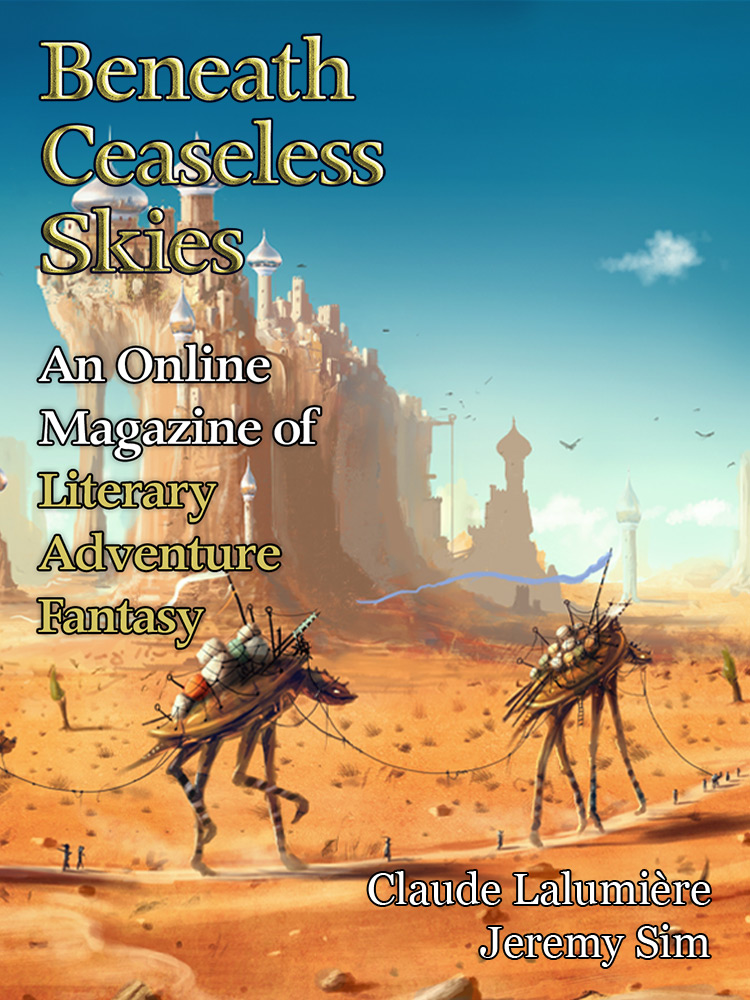 BCS #206 is out today, featuring two authors new to BCS.

Claude Lalumière visits an alternate North America and French Canada in “The Patchwork Procedure,” a high-flying espionage caper with a protagonist facing a dilemma of loyalty.

Jeremy Sim follows children escaping military oppression in “What Pada-Sara Means to the Elephant,” a tale featuring confrontations of will via a board game.

The From the Archives story with BCS #206 is  “The God Thieves” by Derek Künsken, from BCS #84, a spy caper not unlike “The Patchwork Procedure” but set in an alternate Renaissance Genoa.

All behind a new crop of our summer cover art, “Tortoise Caravan” by Marek Hlavaty:

The BCS Audio Fiction Podcast is on a brief hiatus. In the meantime, peruse our episodes from earlier this year and from 2015, including two recently named finalists for the 2016 Parsec Awards, F/SF highest awards for podcasting: BCS 150: The Punctuality Machine, Or, A Steampunk Libretto by Bill Powell, a special large-cast reading featuring multiple guest narrators, and BCS 173: The Sweetest Skill by Tony Pi, guest-narrated by John Meagher.