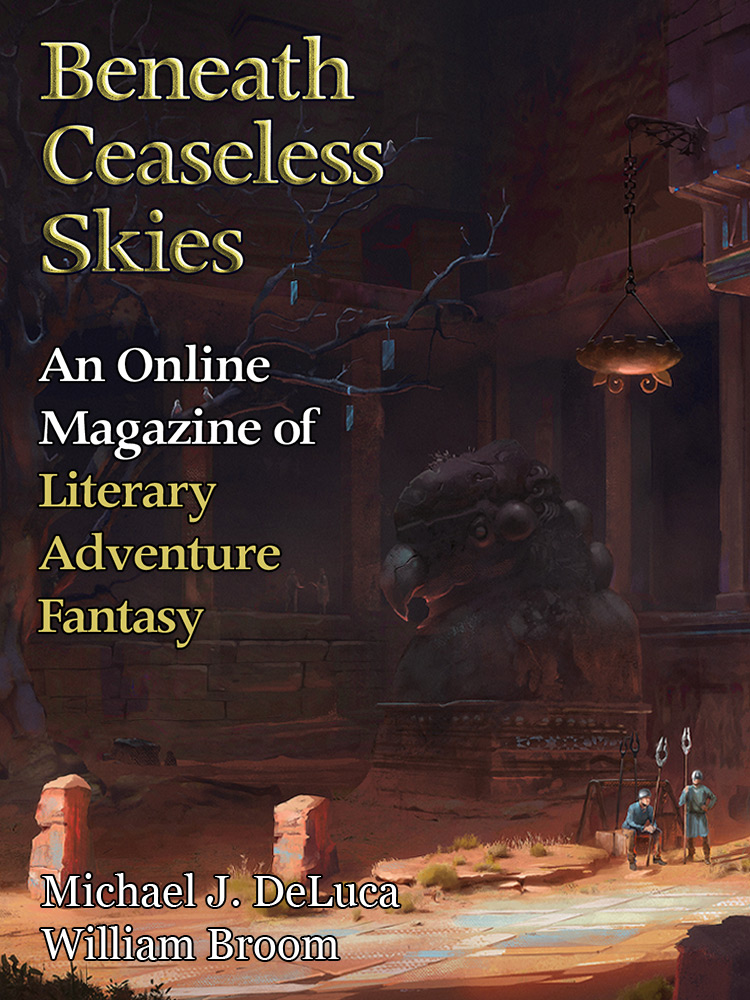 BCS #234 is out today, featuring stories of characters traveling through wilderness in search of redemption.

Michael J. DeLuca (“The Nine-Tailed Cat” in BCS #70 and podcast BCS 062 and “Between Two Treasons” in BCS #23, among others) returns to BCS with “Dire Wolf,” which follows a hardscrabble character with baggage in pursuit of a terrible foe.

The BCS Audio Fiction Podcast returns with BCS 203: Dire Wolf, the Michael J. DeLuca story of tracking a wilderness foe. It’s guest-narrated by the author, who has narrated a number of past episodes of the BCS Audio Fiction Podcast, including BCS 187: Wooden Boxes Lined with the Tongues of Doves by Claire Humphrey, BCS 174: Whale-Oil by Sylvia V. Linsteadt, and BCS 179: Mortal Eyes by Ann Chatham.

From the Archives with BCS #234 is “Else This, Nothing Ever Grows” by Sylvia V. Linsteadt, from BCS #125, a story of questing through wilderness populated by the paranormal, with a feel not unlike “Dire Wolf.”

All behind a new crop of our cover art for late summer in the Northern Hemisphere: “Bird House” by Jordan Grimmer.