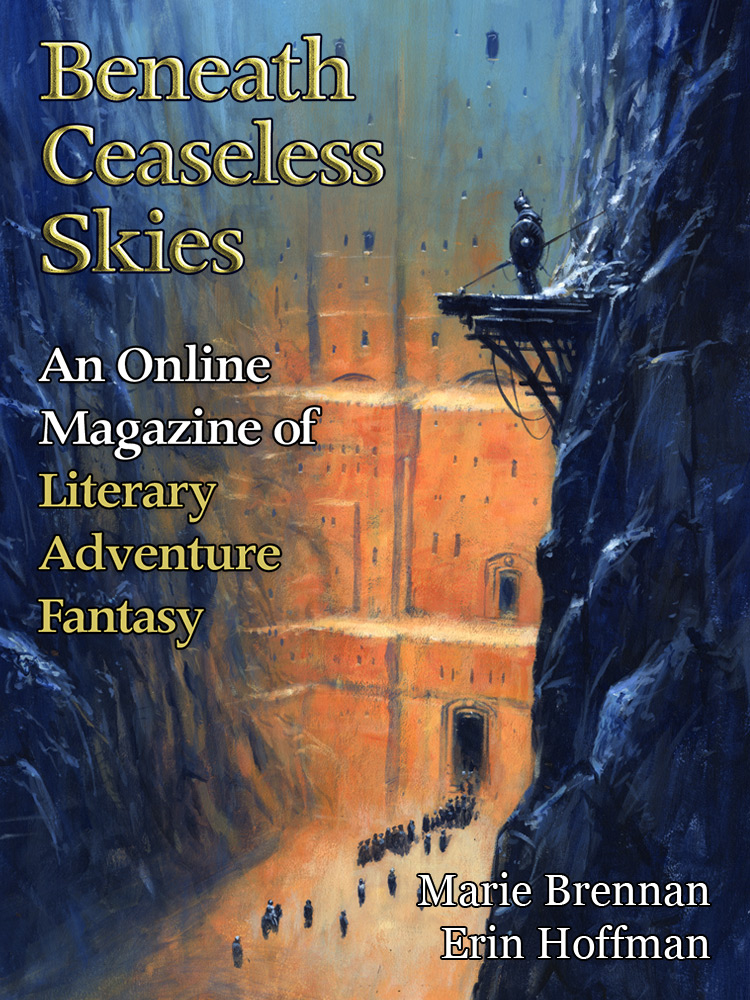 He did neither. He grabbed her by the shoulder, shoved her to the floor, and left. Alsanit should have chased him, but her legs were too limp. She sat on the tiled floor of the room he rented in a Shred whose name she had already forgotten, shaking and on the edge of tears, and knew her people were doomed.

She would probably die before her world did.
Stormchaser, Stormshaper
Erin Hoffman

His tone filled her with a strangeness. Some of it was pleasure at his diffident compliment, some of it was fear, and some more elusive tendril buried in the emotion was something unsettling, like watching a shark drift up out of the depths and vanish again. Sternly she told herself that all of this was normal, and Mother wished her to learn from this creature, who, certainly, above all other things, would be strange! She would not let fear master her.

The rush of the sea beneath the hull sang of danger in her mind.
Audio Fiction Podcast:
Preservation
Jonathan Wood

I thought at first my hands would shake. But when I reach to make the incisions, they are calm.
text