A Sin for Freedom
Eboni J. Dunbar
And what was I? The only difference between us was that I had repented.
What the Mountain Takes, What the Journey Offers
Jae Steinbacher
When my lover gets the Burning, I prepare to go to the Binding Place, where the mountain meets the sea. Even in her delirium, she smells the offering meal cooking and sees my half-full pack. She begs me not to go. It’s a journey lovers and pilgrims take—to exchange vows or to petition Mother. The paths to the mountain shift with their travelers’ intentions, and we were much younger when we traveled there to be wed. I squeeze her hand. “I can’t stay and watch you fade.” There’s only one certain cure for the Burning. If I don’t go, Menrie...  Read more »
Recent Comments
Issue #167
Size / Zoom 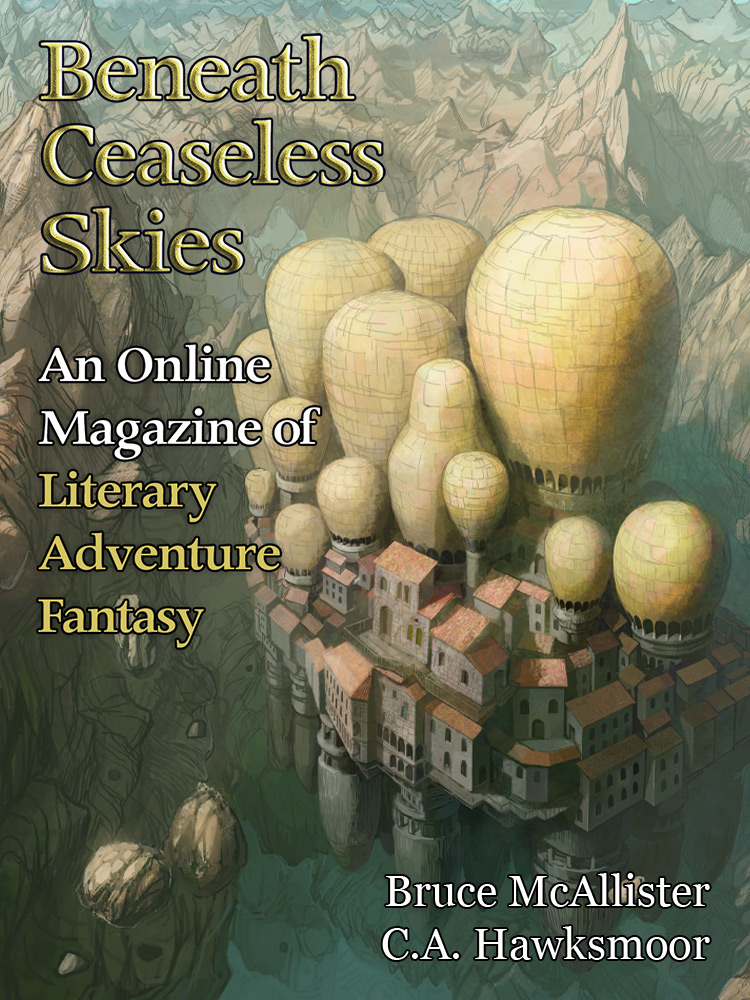 When I woke again, I was looking up into a face which, belonging as it now did to a girl, was much prettier than it had been when it belonged to a boy. It was more than that, however. The face was more willing to smile now, and to be as soft as in truth it was.   And when the face spoke, it relinquished all pretense of a voice other than its own--a relief to my ears and certainly to Bonifacio’s as well.

And when the face spoke, it relinquished all pretense of a voice other than its own--a relief to my ears and certainly to Bonifacio’s as well.
Y Brenin
Cae Hawksmoor

The knight raised his eyes, tracing line from the quiet of the water to the mountain looming in the cloud. His breath tangled in his throat as an indistinct figure all but crawled over the ridge behind him. Until he saw the colour of the hair and the blackness of the eyes, the knight was certain that it was not the Red King that walked towards him out of the mist but his lord.

The knight glanced up at the tessellated sky, clear blue behind the shifting leaves, and did not answer.
Audio Fiction Podcast:
The King in the Cathedral
Rich Larson

“How disappointing I must seem,” he said at last. “I didn’t know I’d become a folk figure. I would have grown a great beard.”
From the Archives:
The Motor, the Mirror, the Mind
T.F. Davenport
Whether we see visions in mirrors or hear voices in warbling electrical static, we must always interpret, extrapolate, confabulate.
text