A Sin for Freedom
Eboni J. Dunbar
And what was I? The only difference between us was that I had repented.
What the Mountain Takes, What the Journey Offers
Jae Steinbacher
When my lover gets the Burning, I prepare to go to the Binding Place, where the mountain meets the sea. Even in her delirium, she smells the offering meal cooking and sees my half-full pack. She begs me not to go. It’s a journey lovers and pilgrims take—to exchange vows or to petition Mother. The paths to the mountain shift with their travelers’ intentions, and we were much younger when we traveled there to be wed. I squeeze her hand. “I can’t stay and watch you fade.” There’s only one certain cure for the Burning. If I don’t go, Menrie...  Read more »
Recent Comments
Issue #180
Size / Zoom 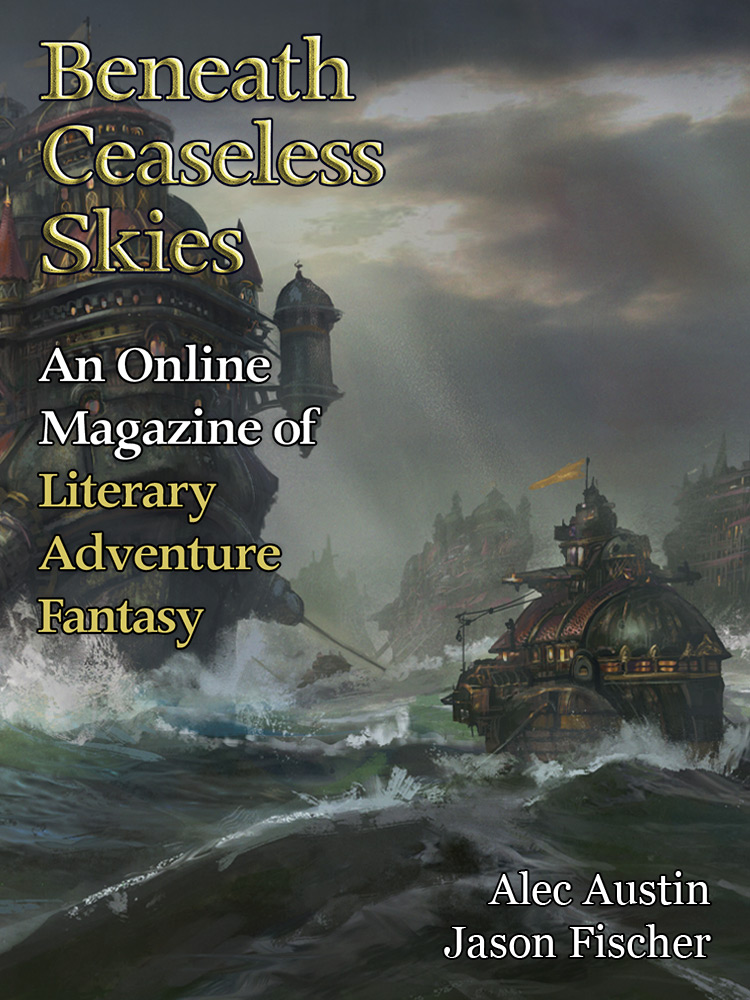 Not for the first time, Li considered killing Nasrin. The young woman was too trusting; too confident in the persuasive power of her logic. But everything Li had seen of Nasrin told her she wasn't a threat. At best, she was someone else's catspaw. But whose?

Li chuckled too, considering how to kill her.
Defy the Grey Kings
Jason Fischer

I was born a slave, like all of you. My master was a hoary old bull known as Ascaro, one of the Bull-King’s champions. Twenty feet high at the shoulders, and even past his prime he was a quick devil, though old trunk muscles were turning into fat.

Elephants are quick, even draped in chain and iron, but you are quicker by a whisker.
From the Archives:
Bone Diamond
Michael John Grist
I crack the first crocodile's left clavicle there in the dawn-lit street, find it empty.
text