Featuring a special narration for episode 300 of the BCS Audio Fiction Podcast and a bonus podcast episode. 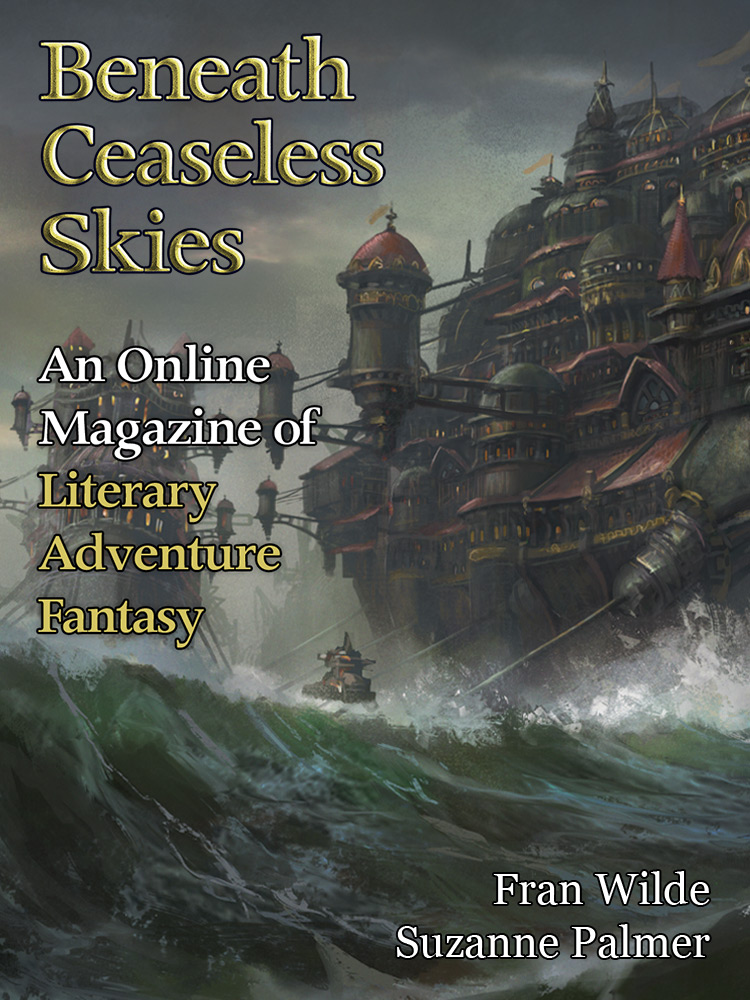 In the sky behind, a group of children Calli's age swooped and dove in unison, followed by one of the tower's magisters. Calli heard scraps of song. A lesson about wind shifts. The students' wings cut patches of bright color in the deep blue air. Calli knew each span and spar, even from this distance. She'd tested them all.

Liras tried to remain at his workbench and finish the customer's wings, but the pain grew too much.
Moogh and the Great Trench Kraken
Suzanne Palmer

Moogh decided, with regret, that he would have to temporarily abandon his trek due west and instead walk alongside this water for a bit until either he outlasted or outpaced whatever curse made it seem to go on forever. He declared its true name to be the Tricksy River, and decided if he ever found the trickster responsible for it he might justifiably commit some minor violence upon their person.

It was more water than ever should be in one place, something so vast he scarcely could find the words. "Oh," he said. "This is a very large river indeed."
Author Interview: Fran Wilde

Liras tried to remain at his workbench and finish the customer's wings, but the pain grew too much.
From the Archives:
My Father’s Wounds
Ferrett Steinmetz
Father guides my hand to the ruin of his belly. My fingers sink into the wound, touching something moist and pulsing—
text