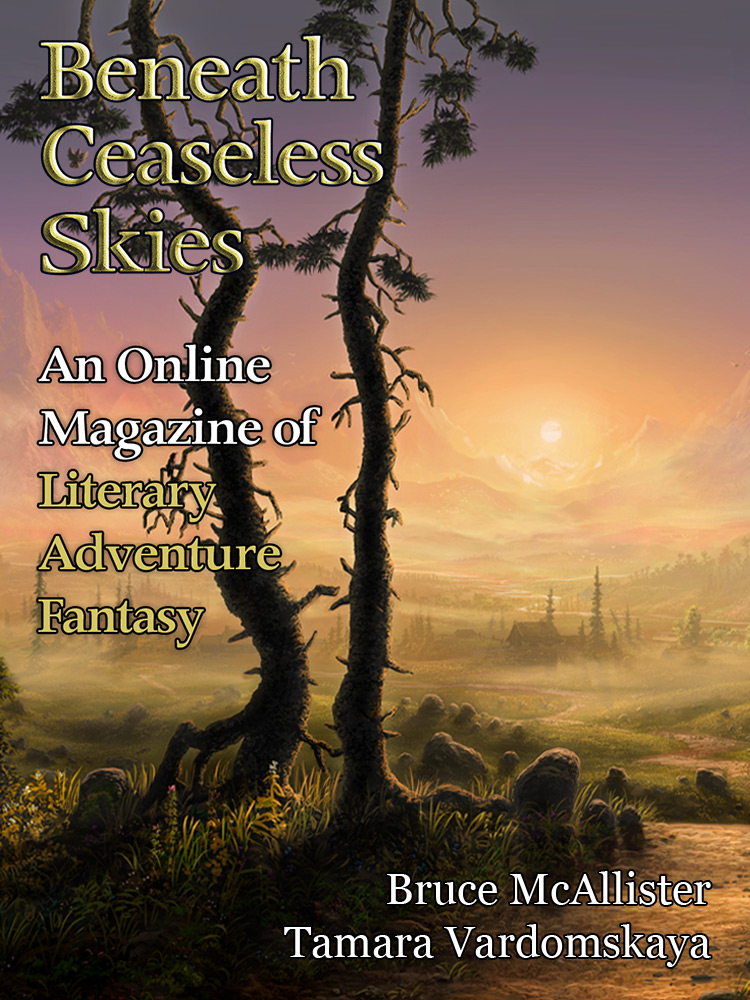 Bonifacio looked at me puzzled for a moment, but then said: “Here is a vial, then. If you wish more, let me know. I will have Frazetti bring you ten thick candles that will last till morning. He will check on you during the night, but without waking you. Will your dog bite him?”

He was comparing me, a peasant boy, to himself, a pope, but this did not feel strange. He wanted us to be friends—that I could tell—so why not make of us equals?
The Guardian’s Head
Tamara Vardomskaya

Until a year later my master found the sculpted head I had made of him, and he flew into a rage. He was angry despite the quality of the sculpture, I thought then, already knowing enough to know that I had done it well, that the face was a likeness and the intent had been passionate. He was angry, I understood later, because of the quality.

This bridge, I knew, was itself a sign of the empress’s faith in us. A permanent bridge expected the water to yield and hold back.
Audio Fiction Podcast:
Bloodless
Cory Skerry

But she wouldn't let him make it through the gate; the inside guards were there to deal with travelers. Kamalija was here to deal with monsters.
From the Archives:
After Compline, Silence Falls
M. Bennardo
Even if one of the brothers were sneaking into the pantry after vespers, I cannot fathom why he would want to strip a cat of her flesh. They may be old footprints--I’m not certain--but they are all I have, and so I follow them.
text