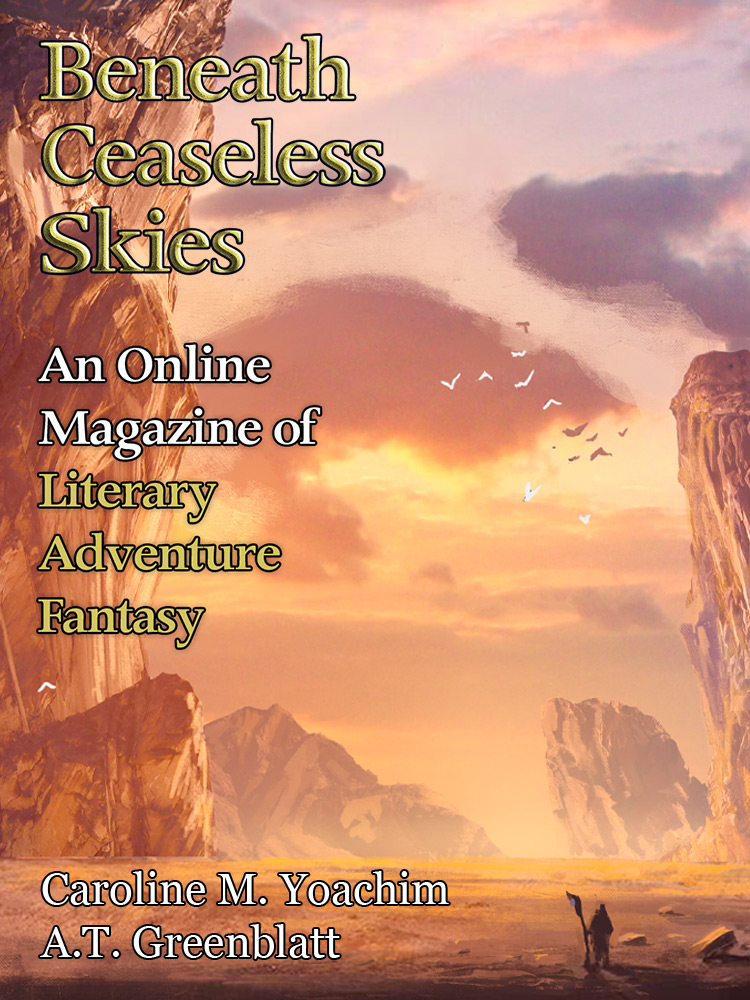 BCS 2017 Ebook Subscription Drive, going on now! Subscribe (or donate) and you’ll support BCS and help us unlock our goals to raise our word-count limit for submissions.

The train took us to the maker's bench, and we laid out our son's body, chest open. Tonight the maker would give him a mainspring and wind him for the very first time. "Should we name him now, or after we've gotten to know him?" My parents had waited to name me until my second day, because they wanted to be sure the name would fit.

I wanted to be angry with her, but she was a stranger, she'd never really been a part of my life.
A Place to Grow
A.T. Greenblatt

There was a small, insistent part of her that wouldn't let her give up so easily. The tiny part of her that had put down roots outside of her uncles' laboratories and workshops. She'd poured hours into learning how to make things grow, how to keep them alive, and she had succeeded. She could spend an entire day in her garden with Marci and Gil, weeding, watering, laughing and it never felt like wasted time.

The Wall. She needed to see the Wall, or rather, what was beyond it now. She needed to understand what it was like to be without a world.
Audio Fiction Podcast:
Carnival Nine
Caroline M. Yoachim

I wanted to be angry with her, but she was a stranger, she'd never really been a part of my life.
From the Archives:
A Spoonful of Salt
Nicole M. Taylor
He tasted of salt. Naomi half-expected to see him melting in the places where her mouth had been.
text