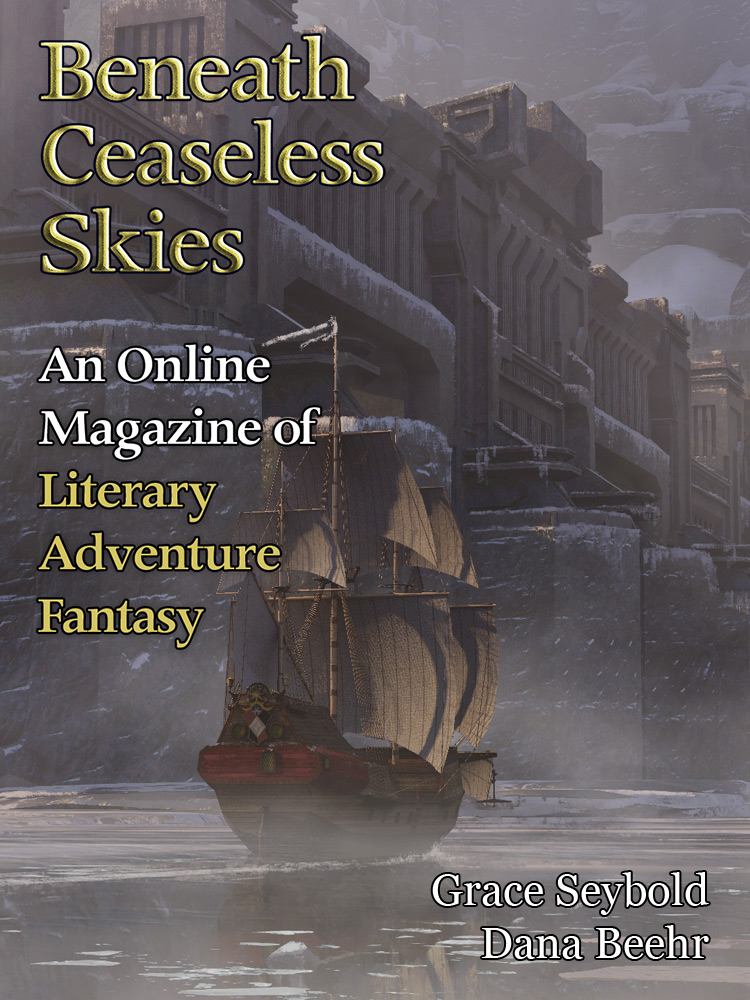 When Trette was thirty, she gave her skull to the Ossuary, which was exactly the sort of thing she would do. I’m not angry—no, yes, I’m angry about it, but I want to tell it all, how it went. I don’t know who I want to tell, who I’m writing this for. For memory, I guess. For ghosts. So: let the ghosts hear.

I wasn’t the only one; finger joints or whole fingers were the next most popular choice after toes.
Forever Night
Dana Beehr

Yet even with that dim illumination, the blackness surrounding them was oppressive. The air was damp, rotted; it lay greasily against his skin. With every breath, he felt grime collecting in his lungs. As he followed Elseir, her skin bluish-white in the strange light, he wondered if she felt it as he did. Yet he could read nothing in her thin features but a tremendous powerful intent.

Elseir needs me. I can do this. Whatever it is, he told himself, and he desperately hoped it was true.
From the Archives:
The Grace of Turning Back
Therese Arkenberg
Semira watched Aniver hold audience with the Queen of the Dead, nerving herself to cross the river to them.
text