Bast and Her Young
Tegan Moore
Her father’s great dynasty, sacred to Amun and guided by the hand of the gods, stood shakily on those scrawny legs.
Daughters With Bloody Teeth
Marika Bailey
This body is tired and hungry. But the beating of a strange heart keeps me awake.
Recent Comments
Issue #248
Size / Zoom 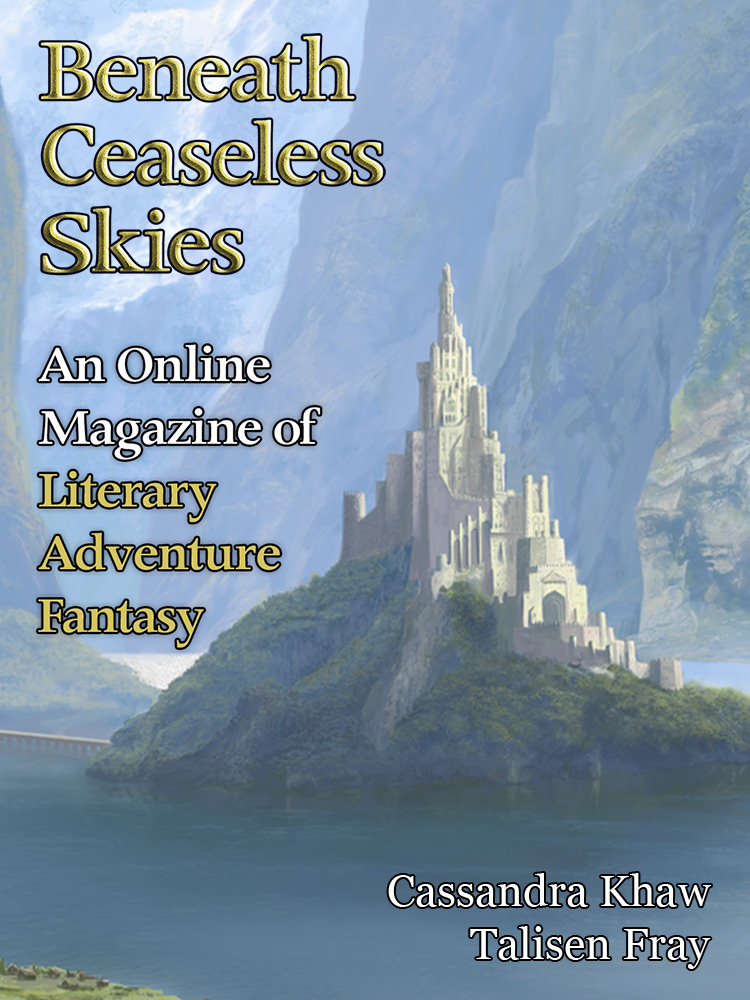 Featuring a giveaway on Twitter for a signed KJ Kabza short fiction collection!

She Who Hungers, She Who Waits
Cassandra Khaw

It is strange, Mei Huang thinks as she intones a letter from the Lipless Prophet’s alphabet, how prophecy circumvents borders. No matter the continent or the practitioner, whether they dwell in nubivagant jellyfish or on the spines of the world-turtles, it is all the same, every icon and interpretation, every beginning and every end. The language of destiny is as consistent as mankind’s appetite for murder.

Mei Huang repeats the rite so many times it becomes indistinguishable from breath, and still every iteration ends with the soldier dead.
Cry of Desire in a Shrouded Land
Emily McIntyre

Vidita quickly deduced from the sideways glances and short conversations with other slaves that she occupied a strange place in the hierarchy of the flower-garden: their master’s favor and her prestigious assignment marked her as one to befriend, but her utter lack of experience and apprenticeship gave her a whiff of the imposter and invited scorn. Perhaps once she would have cared, but now scorn mattered only if it inconvenienced her.

Behind Vidita's eyes her plan clicked into place. The internal scale tipped from one side to the other and balanced in the middle.
Audio Fiction Podcast:
She Who Hungers, She Who Waits
Cassandra Khaw

Mei Huang repeats the rite so many times it becomes indistinguishable from breath, and still every iteration ends with the soldier dead.
From the Archives:
Two to Leave
Yoon Ha Lee
The Drought Guard had sent twelve-and-twelve of their own after me, which might have held numerological significance if I still cared about such things.
text