Bast and Her Young
Tegan Moore
Her father’s great dynasty, sacred to Amun and guided by the hand of the gods, stood shakily on those scrawny legs.
Daughters With Bloody Teeth
Marika Bailey
This body is tired and hungry. But the beating of a strange heart keeps me awake.
Recent Comments
Issue #257
Size / Zoom 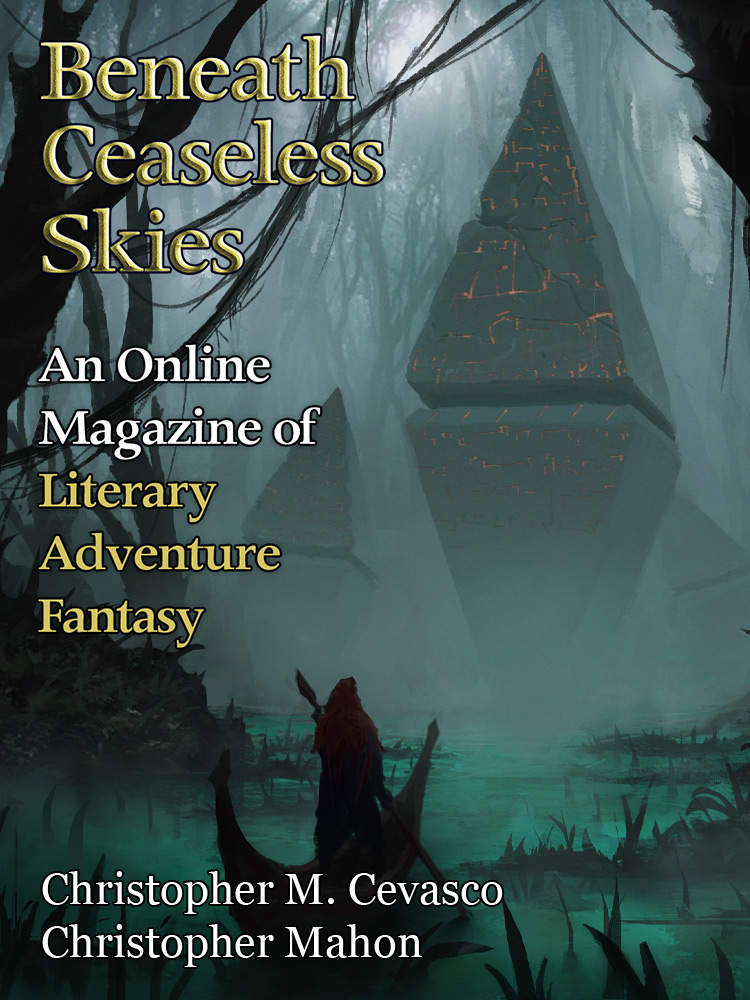 A moment longer, Rallos watches in disgusted fascination as the vile man-beast's body twitches and lurches as he puts his muscles into grinding something in a large mortar and pestle before him. Reagents, no doubt, for some rite or malicious magick.

allos gives a curt nod. He knows when he's beaten, although it is a rare enough sensation and one that tastes like gall.
Old No-Eyes
Christopher Mahon

Most of the teeth in his jaw didn’t belong to him—after one-hundred and eighty years and a small mountain of corpses, he lied through other people’s teeth. He’d pulled them out of the mouths of other mages, mostly dead ones.

He had purposefully waited three years to answer.
From the Archives:
The Castle That Jack Built
Emily Gilman
He knew there was more to the story he’d told Greta. Not just later, not just the forgotten ending.
text