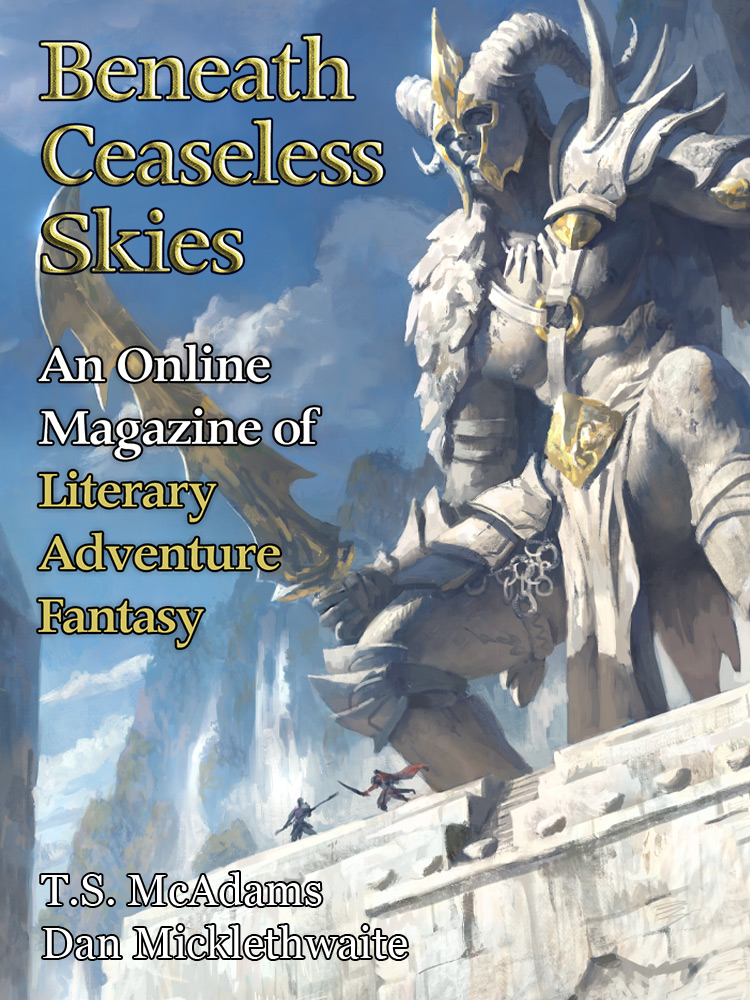 Harald and Solveig were academic heirs apparent, favored disciples of Asbjørnsen and von Linne, the two great authorities on Anthropomorpha. Even before graduation, their joint study of field goblins, based on existing literature and new observations, showed that Homo monstrosus vulgus practice exogamous mating; Professor Strindberg had to retire his popular lectures on goblin promiscuity.

They lost Bragi—Harald lost him—in late spring, when the snow was mostly gone and meadows were livid with velvetbells, ogre-thistle, and mountain orchid.
How the Mighty
Dan Micklethwaite

"Come here with you," Boden calls, as he retrieves his son, Tallow, from amongst the crowd's rushing legs. He lifts the boy onto his shoulders, but the weight makes him gasp, makes his lower back twinge, and Tal's mucky brown boots smear the front of his tunic. He can hardly tell the boy off for that, though, can he? Not when he only sees him for the odd day here and there.

Not when he only sees his son for the odd day here and there. It's one of those things that he's just got to take.
Audio Fiction Podcast:
Feral Attachments at Kulle Bland Bergen
T.S. McAdams

They lost Bragi—Harald lost him—in late spring, when the snow was mostly gone and meadows were livid with velvetbells, ogre-thistle, and mountain orchid.
From the Archives:
The Land of Empty Shells
Caroline M. Yoachim
Dziko shaped their son, and Terra shaped their daughter.
text