Current Issue
Issue #315 — Oct. 22, 2020
Girls with Needles and Frost
Jenny Rae Rappaport
We stitch the violet stars in secret.
Degeneration
Dominic Wright
But all too soon the mocking voice of reason intruded. It was a trap, I realised.
Recent Comments
Issue #267
Size / Zoom 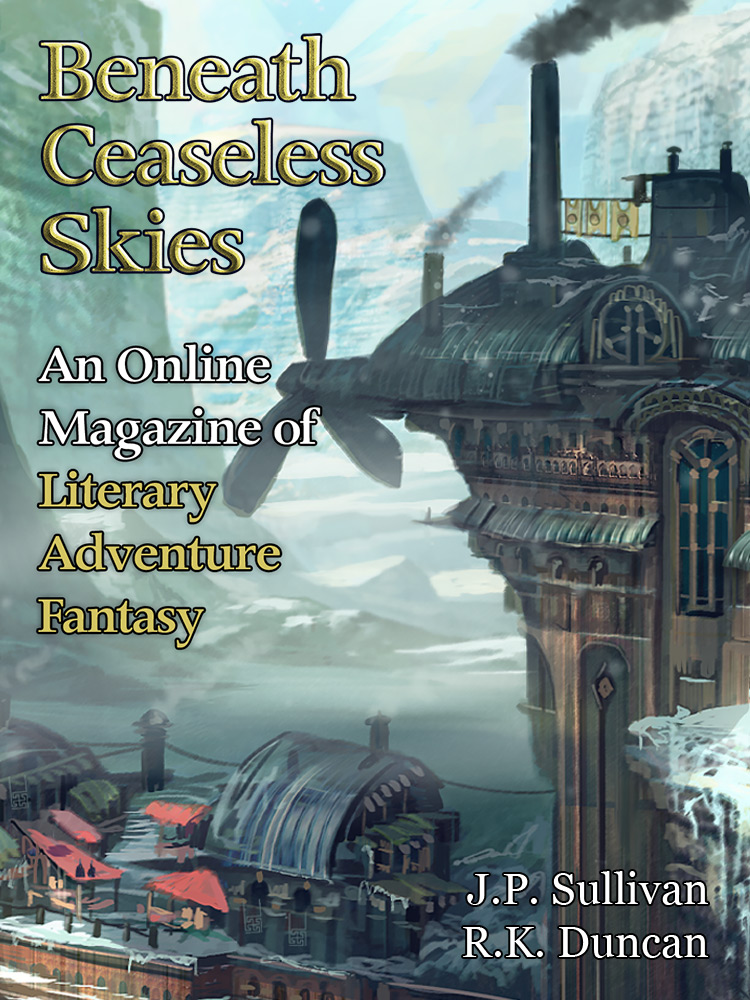 I wiped red blood from a white arm. Scars knotted its lines. Some pink, some white. Here and there the skin was near to bone, where flesh had long ago been torn away. The legacy of a dozen clients. “I don't fight any more.”

What a clever lie. I should have thought of that. “Something along those lines.”
A Circle of Steel and Bone
R.K. Duncan

Singling out the watch would keep suspicion focused outward, Meinrad hoped, to the woods and the wild Prussians who had not yet submitted to the order and the church. With so few knights and half-brothers under him, infighting would leave them defenseless fast. Fear of the outside was manageable.

Someone had stood two torches in the ground to illuminate the corpse.
From the Archives:
Eyes Beyond the Fire
Nick Scorza
Lys frayed a rope with her knife—choosing one which would not harm the sails but would send an iron pulley tumbling into the sea.
text