Current Issue
Issue #315 — Oct. 22, 2020
Girls with Needles and Frost
Jenny Rae Rappaport
We stitch the violet stars in secret.
Degeneration
Dominic Wright
But all too soon the mocking voice of reason intruded. It was a trap, I realised.
Recent Comments
Issue #282
Size / Zoom 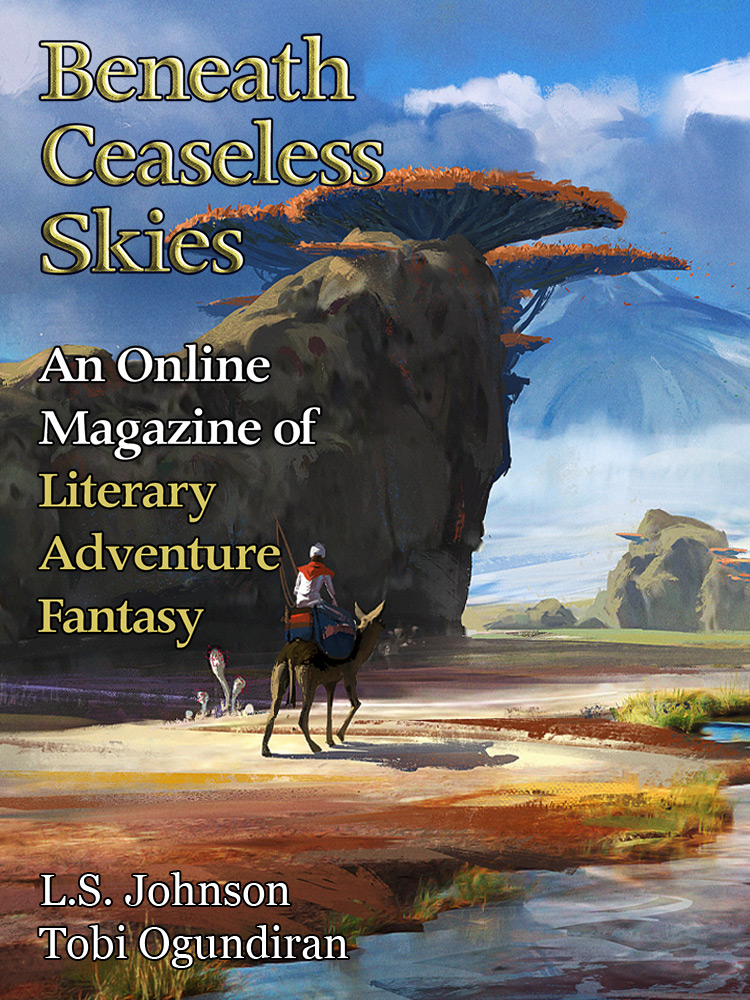 Gert of the Hundred
L.S. Johnson

More clawed paws swam before her, jutting from his shirtsleeves, and when they laid themselves on her face they were cold and wet like the corpses had been, everything cold and wet and smelling of death. She raised her eyes and stared into the swollen black ones bulging from the boy’s face. Daughter, you’ve returned at last, he repeated in a mouth stuffed with chelicerae, his face glowing with moonlight. Sooner or later, we all come back.

She raised her eyes and stared into the swollen black ones bulging from the boy’s face.
Faêl
Tobi Ogundiran

Sùr knelt and lifted her out of the coffin, feeling the pain lance through his spine as he looked down at his wife. She was stiff, a statue of hard crystalline salt, frozen in the position she had been when she died. Her eyes that had been gold in life were white and unblinking and unseeing in death. But her lips were curled in a smile. A true smile, not the grimace they were forced to wear to keep the pain at bay. In the moment of her death, finally, finally, she had known true peace.

The ache in Sùr's bones told him he was human again.
From the Archives:
Suddenwall
Sara Saab
In the amnesty-city of Vannat, Aln Panette has let guilt go.
text