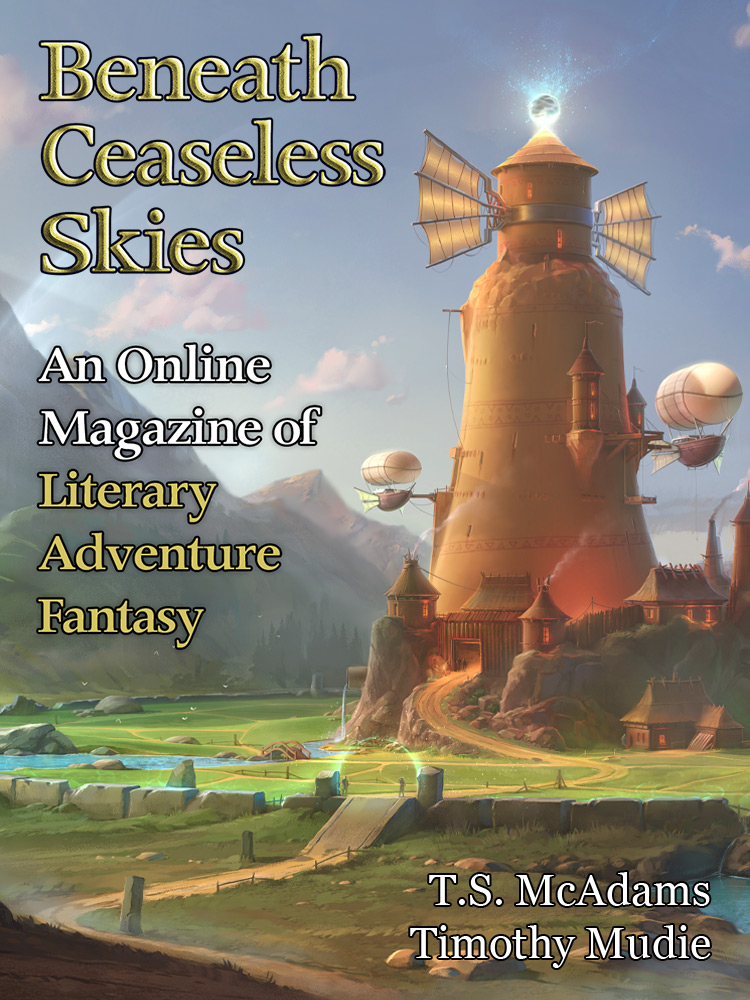 The captain pursed her lower lip, though I wasn't much younger than she was. Thirty-nine soldiers escorted the new Mother to Imparum. That's tradition. There's no traditional retinue for escorting a Mother home, as the Incarnation of Dev-Gemot, Beast of Heaven, Lord of Horn and Frill, generally outlives his dam, but I expected more than three. The captain shrugged. "Where's your horse?"

Like the log stockades of Sredna, it would hold a ceratopsid until she decided to leave.
The Two Sides of Home
Timothy Mudie

Niamh truly looked offended that Joyce would even insinuate that was her meaning. “Of course not. But all this magic coursing through me, all the Bull’s power? It’s no good if I can’t channel it into the larval god. Your cousin is going to be my channel, transferring my magic. He’s the means by which the Bull will be born into this city. He’s the only one in Twixt who can.”

The dull annoyance in the men's eyes frightened Joyce more than open hostility would have.
Audio Fiction Podcast:
The Gods Come to Sredna
T.S. McAdams

Like the log stockades of Sredna, it would hold a ceratopsid until she decided to leave.
From the Archives:
The Night Bazaar for Women Becoming Reptiles
Rachael K. Jones
One, two, three eggs into her mouth, one sharp bite, and the clear, viscous glair ran down her throat.
text