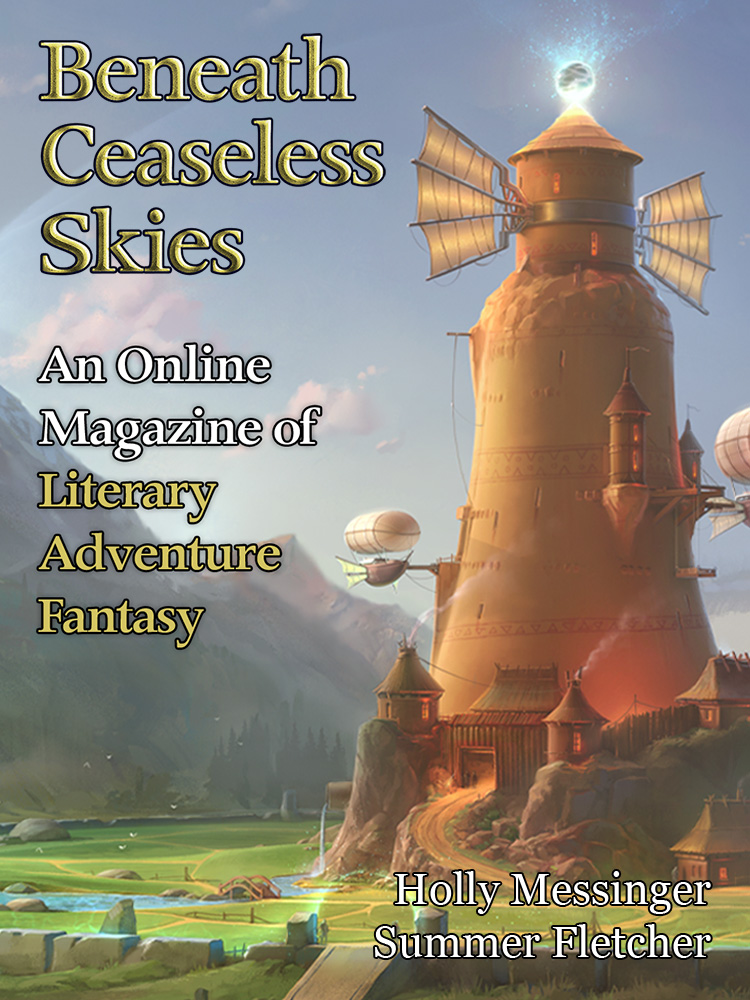 Boz did not want to ask Trace what had happened back there. It had all been so strange—the unreasonable whip-sawing of thoughts and emotions through his head and guts. He knew it was Trace, and yet he’d seen him as a stranger, and a despised one at that. Had read all the worst motives into his words and actions. Had hated him, in fact.

Boz had a feeling all this chatter was smoke for another conversation they weren’t having. “You see anything?”
The Only Way Out is Through
Setsu Uzumé

True horror settled over Dagn when Rille's distinctive heavy tread scuffed on the hall’s stone floor, drawing nearer. Just her luck. On the eve of the invasion's final stroke, of course she’d be standing inside a dark room with the Boar’s eldest child dead on the floor. Stupid and predictable.

Dagn backed away a step, mind racing. Suddenly, death by starvation in a snowy mountain hut seemed almost desirable.
From the Archives:
Swallowing Silver
Erin Cashier
John Halpern knew it should be a heavy weight on his conscience, to wake up and know that he was going to kill a thing that used to be a man.
text