The Many Lives of an Abiku
Tobi Ogundiran
“You are an abiku, a spirt child,” he said. “You have come to your mother three times before and have died before your seventh year."
Satin and Velvet
R.H. Cloake
I know from Samara that it's useless wishing a gast away. You have to change yourself.
Recent Comments
Issue #297
Size / Zoom 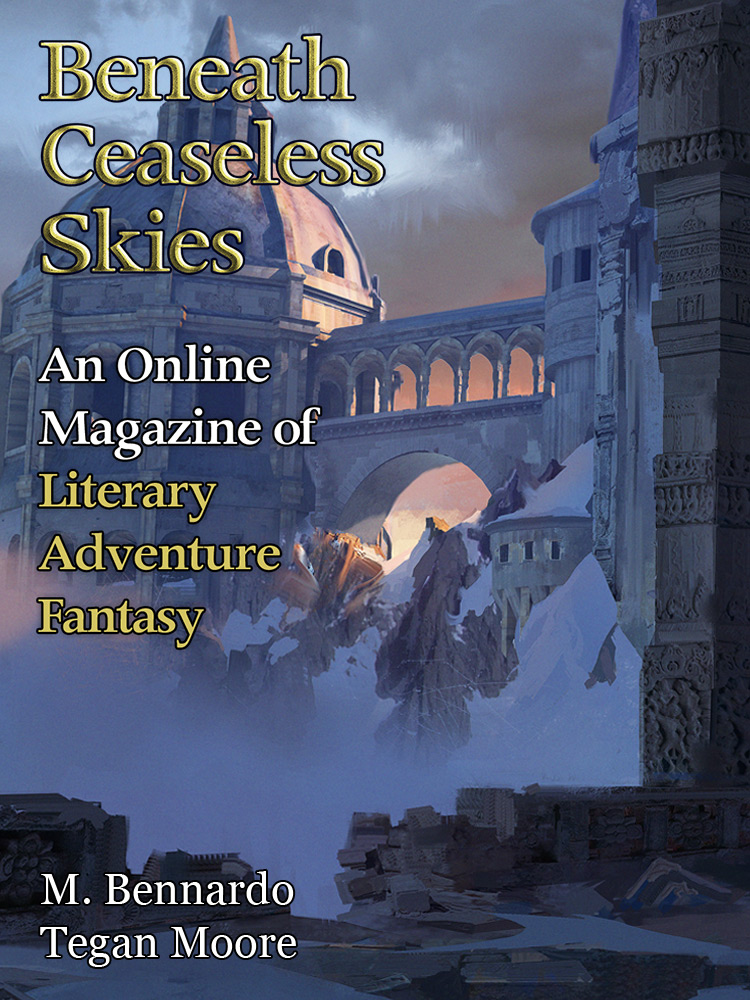 Even if the Grand Duke could not be swayed by testimony, surely he would not ignore evidence such as that! Waller expected that he would have to explain the theory of fingerprinting before the full import of the evidence would be understood, but surely the Grand Duke would soon see that justice had not been served by executing Herr Fenster!

"But if it is so simple, then surely an investigation would quickly establish whether there was sufficient evidence to convict the man."
John Simnel’s First Goshawk
Tegan Moore

And this is how you break a boy: tell him he is king. Simple, but not easy. You must watch him, hawk-like, to see how he slips beneath your lies. You must seem to believe it enough that the boy believes, too. You must crown him and put him at the front of an army. If you fail, there is always another handsome hazel-eyed boy somewhere in the world. Anyone might do.

Though in the muffled dark of my room I wonder if I might instead go mad.
Audio Fiction Podcast:
John Simnel’s First Goshawk
Tegan Moore

Though in the muffled dark of my room I wonder if I might instead go mad.
From the Archives:
Two Pretenders
Marie Brennan
The alternative to boredom is remembrance. And that, he avoids at all costs.
text