Current Issue
Issue #315 — Oct. 22, 2020
Girls with Needles and Frost
Jenny Rae Rappaport
We stitch the violet stars in secret.
Degeneration
Dominic Wright
But all too soon the mocking voice of reason intruded. It was a trap, I realised.
Recent Comments
Issue #308
Size / Zoom 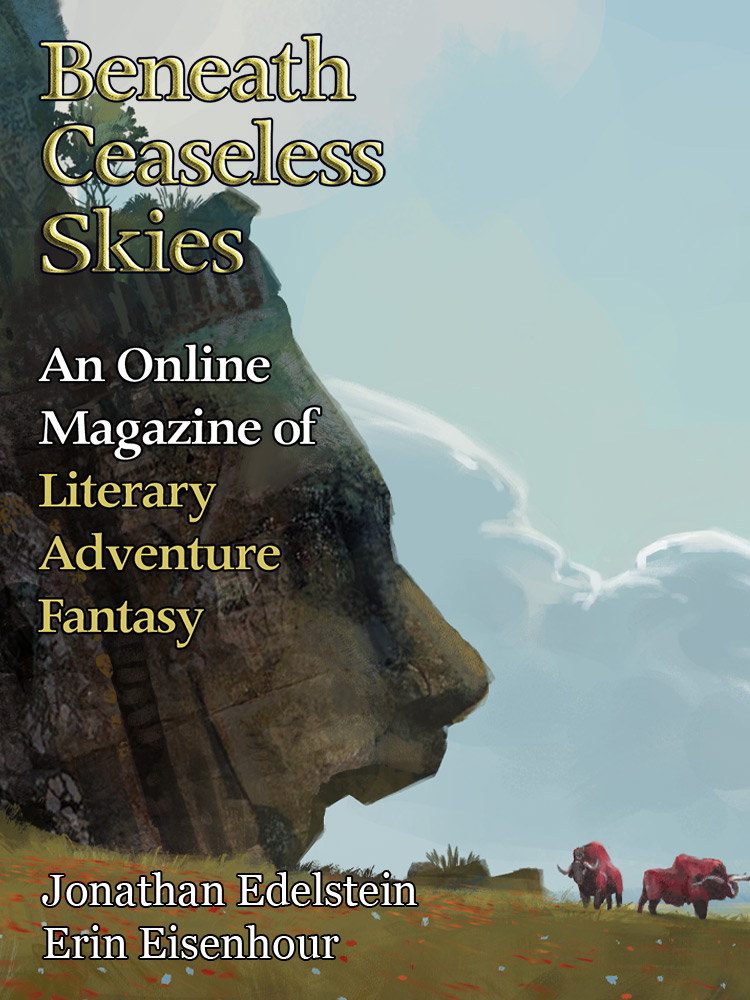 It Is Not From Heaven
Jonathan Edelstein

“Son of man," the fish said, "set thy face against Gog of the land of Magog, the chief priest of Meshech and Tubal.” The names were unfamiliar to Shemaiah, and the story was hard to understand; after a moment, he realized that the very language the fish was speaking wasn’t quite the one he knew. The words were Ivri, but they were the old Ivri, the one the ancestors had spoken before the books and scholars were burned.

“The fish knows the lost stories,” Shemaiah said. “The stories from before the burning.”
The Black-Eyed Goddess of Apple Trees and Farmers’ Wives
Erin Eisenhour

Really, I don’t see what all the fuss is about. Shamans drag away poor farm girls from the outlying provinces all the time (particularly in seasons of great calamity, as everyone insists we are in now). Even then their lives stray little from their previously charted course. They trade mud thatch and straw for cedar wood and oil, reborn as sworn sisters, plodding away the rest of their days with too many early rises.

My favorite story as a child was the one about the farmer who slits open his wife’s belly and plants an apple tree amongst her insides.
From the Archives:
The Gods Come to Sredna
T.S. McAdams
Like the log stockades of Sredna, it would hold a ceratopsid until she decided to leave.
text