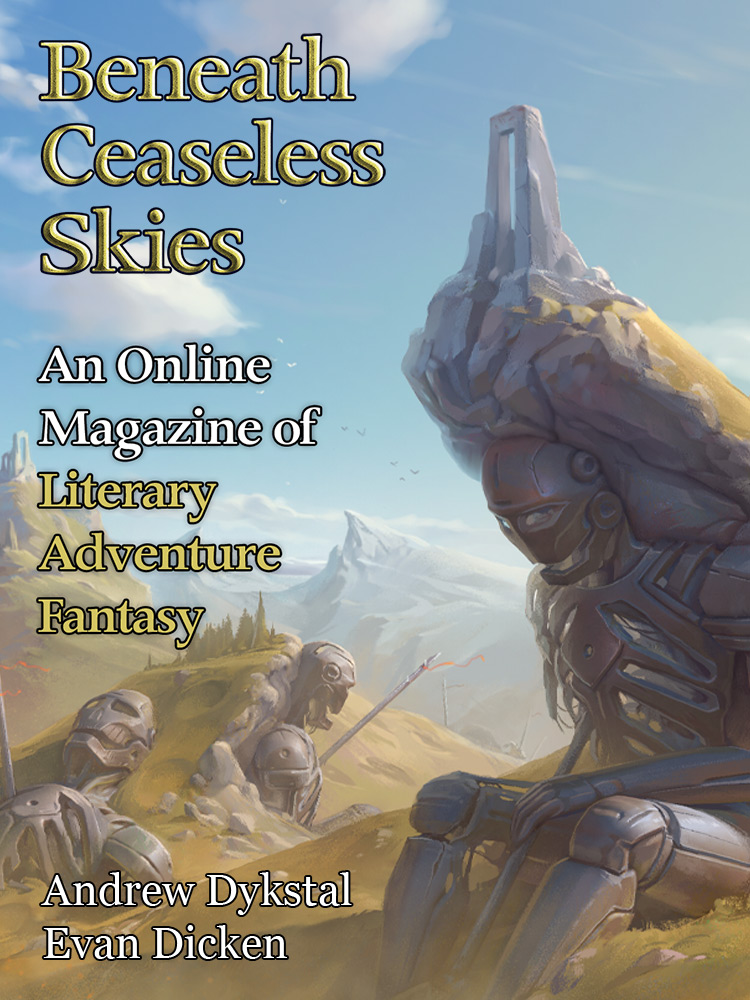 Mir slept lightly that night, her back to the bulkhead and a knife in her hand. In that strange region between sleep and waking, a curious doubling overtook her thoughts; an awareness of things her reasoning mind would never have accepted. She woke in a sweat, gasping. Dogwood was still asleep. Even so, Mir felt the pressure of eyes, or the focused awareness of something that lacked them. The feeling was—what? Reassuring? Comforting?

“If you ever bet,” Mir said, “I bet you cheat.”
The Transubstantiation
Evan Dicken

The story was always the same. Trapped in a world that could never match their expectations, they were doomed to break everything they found in the hopes of making it perfect. At my nod, a crossbow bolt slammed into Bao's chest. Normally, his hero's skin would've been proof against such a tawdry missile, but the steel for Sthis' quarrels had been quenched in saints' blood, the bolt propelled by the bones and sinew of martyrs. And if that wasn't enough, it had been coated in enough coldwillow sap to drop a team of oxen.

Trapped in a world that could never match their expectations, they were doomed to break everything in the hopes of making it perfect.
From the Archives:
Laws of Night and Silk
Seth Dickinson
They pass through everything that will be lost if they fail.
text