Bast and Her Young
Tegan Moore
Her father’s great dynasty, sacred to Amun and guided by the hand of the gods, stood shakily on those scrawny legs.
Daughters With Bloody Teeth
Marika Bailey
This body is tired and hungry. But the beating of a strange heart keeps me awake.
Recent Comments
Issue #314
Size / Zoom 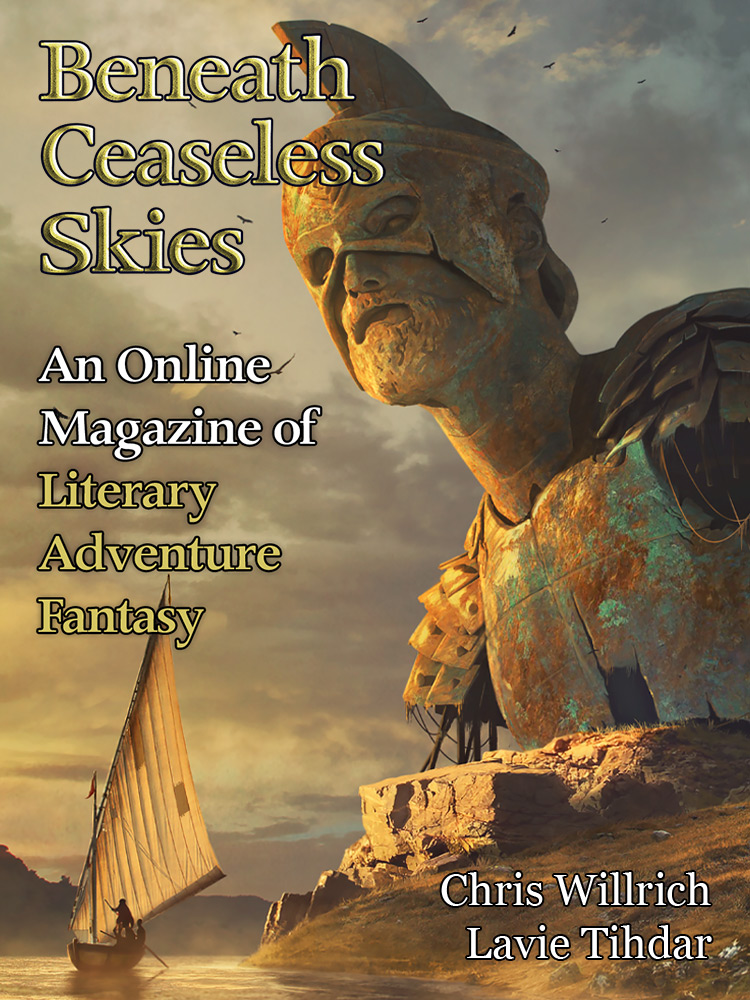 Gaunt folded her arms and studied Bone in partial jest, but only partial. “I will tell you a thing, Imago. The more fully you live, the more ridicule you get... and the more admirers too. There are those who long to become big by knocking others down. But there are those who long to grow. By growing yourself, you help them. What if you are not a 'thief' but a quick-thinking man who steals at times—but at other times also saves? What if the second quality defined you and not the first?”

“You think this is a trap?” Bone said. “Could the cackling skull have steered us wrong?”
The Drowned God’s Heresy
Lavie Tidhar

Gorel could smell the sea. It was always there, the water like a black mirror, upon which glided the enormous black ships with the seven-pointed star on their hulls. From time to time spells crackled in the air above the port. Wind-mages and speakers-to-whales and astrologer-navigators and sun-talkers and battle-sorcerers with the power to level whole cities. Goliris’s fleets sailed across the World and brought the civilising influence of the empire to its furthest reaches. They came back laden with the World’s goods; with all the riches the World had to offer.

Now, forever exiled, he sought his home, his birth right, his throne. He would not rest until he found it.
From the Archives:
The Delusive Cartographer
Rich Larson
“Between you and I, the administrative policies of this prison are rather a mess.”
text