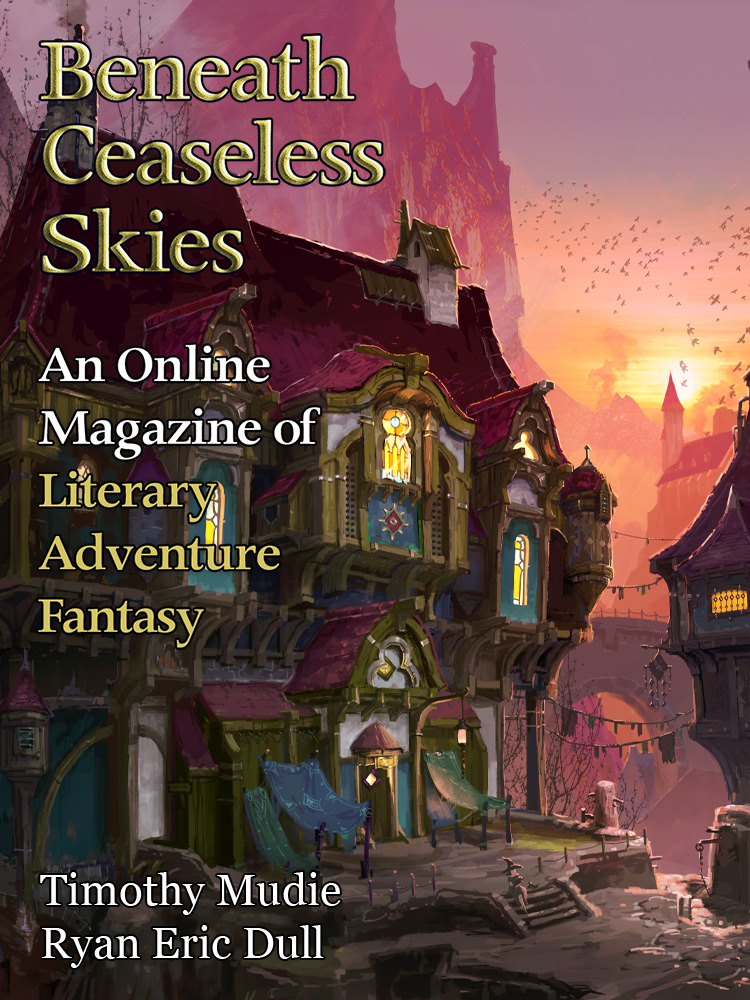 The Science and Artistry of Snake Oil Salesmanship
Timothy Mudie

The jail cell’s not the least comfortable place Al’s slept. There’s a cot and a blanket and a chamber pot. Could be worse. The sheriff must be a decent enough sort, if a tad suspicious for a snake oil salesman’s liking. Al’s not concerned, though. The sheriff may not have sampled the elixir, but near enough everyone else in town did. Come morning, the townsfolk will all be better than ever. If the sheriff refuses to let Al go, they’ll push him to do the right thing.

If there’s one thing that Aloysius has learned over his years selling snake oil: the stuff's a damn sight easier to sell when it actually works.
A Feast from Tile and Stone
Ryan Eric Dull

Two days ago, Gastel had walked through the floor plan of the Last Pudding with his sous chef, who was working architect and chief mason. There was a terrible friction, Gastel knew, any time you dragged something out of a dream and into mortal life. Things ruptured. Things were scraped away. One felt terribly small, living for so long with a vision and finally settling for an earthbound knockoff. He had carried this vision longer than any other. With three slow breaths, he wished it farewell. He turned the corner into the great hall.

The soup, the glaze, the labyrinth— All around Chef Gastel Dillegrout, cooks shouted, pots clattered, kindling crackled in ovens. The soup, the glaze, the labyrinth—
From the Archives:
The War of Light and Shadow, in Five Dishes
Siobhan Carroll
(I like to pause here too, to let a different note creep into my voice, now that we have laughed, now that we have agreed to forget. This is not only a story.)
text