A Sin for Freedom
Eboni J. Dunbar
And what was I? The only difference between us was that I had repented.
What the Mountain Takes, What the Journey Offers
Jae Steinbacher
When my lover gets the Burning, I prepare to go to the Binding Place, where the mountain meets the sea. Even in her delirium, she smells the offering meal cooking and sees my half-full pack. She begs me not to go. It’s a journey lovers and pilgrims take—to exchange vows or to petition Mother. The paths to the mountain shift with their travelers’ intentions, and we were much younger when we traveled there to be wed. I squeeze her hand. “I can’t stay and watch you fade.” There’s only one certain cure for the Burning. If I don’t go, Menrie...  Read more »
Recent Comments
Issue #335
Size / Zoom 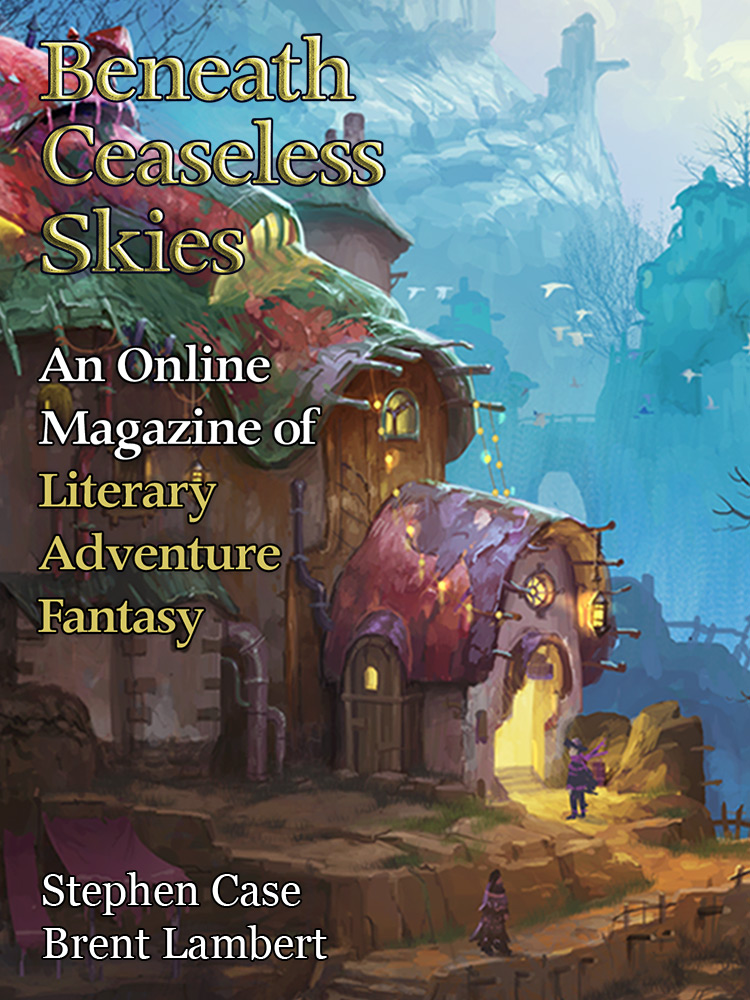 We realized why the scouts were so shaken by the scene when we arrived. The body lying in grasses smeared with blood was a Mandate. I stared at it in disbelief. Mandates were the voice of the gods. Even during the War, they gave their oracles without partiality and remained untouched. No one, not even a deathmage, would kill a Mandate.

We realized why the scouts were so shaken by the scene when we arrived.
Faithful Delirium
Brent Lambert

The conviction of the flesh weakened when that flesh was hacked away. Conducting a thousand interrogations of his own taught him that. Belief came easily in times of comfort. Contemplation and reflection were petty offerings to the goddess when weighed against the truth of how her glory needed to spread. People did not know what they needed until you forced them to see it. And sometimes they were particularly stubborn in the process.

“Burn them all!” The command had not come in a lucid moment. But he recognized its passion and necessity all the same.
From the Archives:
Dead at the Feet of a God
Izzy Wasserstein
The portents float at the edge of your vision, haunt your dreams, shake themselves free with each throwing of the bones.
text