All submissions to Beneath Ceaseless Skies sent on or before April 6, 2019 have now been replied to.

If you sent a submission on or before Apr. 6 and you have not received a response, please query us using the email form on our Contact Page.

Leave a Comment »
Changes at BCS in Order to Pay the New Higher SFWA Pay Rate
Posted in: About BCS, Editorials, For Writers, Magazine Publishing by Scott H. Andrews

All submissions to Beneath Ceaseless Skies sent on or before February 10, 2019 have now been replied to.

If you sent a submission on or before Feb. 10 and you have not received a response, please query us using the email form on our Contact Page.

BCS needs your help, to reach our goal of paying the new higher SFWA-qualifying pay rate for short stories Sept. 1. Please consider supporting us on the new BCS Patreon. Thank you!

All submissions to Beneath Ceaseless Skies sent on or before January 31, 2019 have now been replied to.

If you sent a submission on or before Jan. 31 and you have not received a response, please query us using the email form on our Contact Page.

A bunch of BCS authors had other work voted finalists for the 2019 Hugo Awards, in a fantastic variety of categories!

The 2019 Hugo Award nominees were announced this morning by Dublin 2019 Worldcon, and BCS is again a finalist for Best Semiprozine!

Thanks very much to all who found us worthy! We are honored to be a Hugo finalist for the seventh time, for the year that had our 250th issue, our tenth anniversary, our largest number of stories published ever, and a 25% jump in our readership to its largest ever, because this honor is for the whole magazine; all our authors and fiction.

Thank you very much to everyone who helped this year keep BCS what it has become, especially Editorial Assistants Kerstin Hall, Dierdre Quirk, and Christine Row, all our authors and artists, our guest podcast narrators, our ebook subscribers and our donors, and every one of our readers and fans.

With BCS #274 out this week, we’re giving away a signed copy of BCS author Sarah Pinsker’s (“Do As I Do, Sing As I Sing” in BCS #246; “The Mountains His Crown” in BCS #195 and podcast BCS 171) new short fiction collection Sooner or Later Everything Falls Into the Sea.

This giveaway will take place Wednesday Apr. 3 on the BCS Twitter feed @BCSmagazine. It will run from 2 PM EST until 5 PM EST.

Sooner or Later Everything Falls Into the Sea includes many of Sarah’s great stories about emotionally resonant characters in near-future worlds, like one where an accident victim gets a robotic prosthesis and another where live music and musicians are all but extinct. It doesn’t include her BCS stories, which are far-future and fantastical, but many BCS authors write other types of speculative fiction that are just as engaging as their fantasy stories in BCS. That’s why we highlight other publications by our authors in our BCS Authors Elsewhere posts.

So to enter this giveaway, all you need to do is tweet your favorite story by a BCS author that was in a different magazine or anthology.

Tweet us what your favorite story by a BCS author but that did not appear in BCS is, and that will enter you in a random drawing for the signed copy of Sooner or Later Everything Falls Into the Sea.

To get you started, look though our past BCS Authors Elsewhere posts. They’re an occasional and random sampling of stories that our authors have had released elsewhere.

Full rules for the Sarah Pinsker Sooner or Later Everything Falls Into the Sea Twitter giveaway:

BCS will conduct the random drawing from all eligible entries. The copy of Sooner or Later Everything Falls Into the Sea, signed to Beneath Ceaseless Skies, will be mailed to the winner.

Leave a Comment »
“The Starship and the Temple Cat” by Yoon Ha Lee a Finalist for Sturgeon Award
Posted in: Awards and Accolades, Science-Fantasy Month by Scott H. Andrews 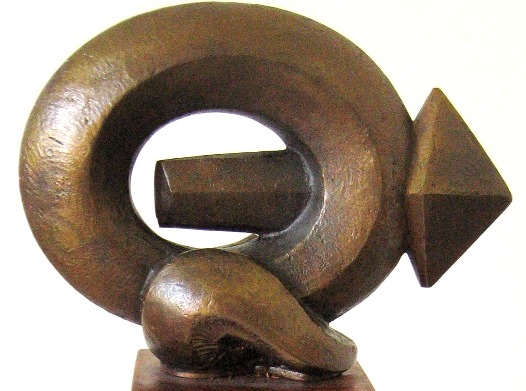 “The Starship and the Temple Cat” by Yoon Ha Lee, from BCS #244 , one of the three special issues for BCS Science-Fantasy Month 4 last February, is a finalist for the Sturgeon Award!

Congratulations, Yoon! “The Starship and the Temple Cat” shows one end of the range of short fiction that BCS publishes: science fantasy, with worlds as awe-inspiring and fantastical as our fantasy but technology and cultures that feel futuristic rather than pre-technological.

Other finalists for the Sturgeon this year include BCS author P. Djèlí Clark (“A Tale of Woe,” BCS #253). Congratulations, all!