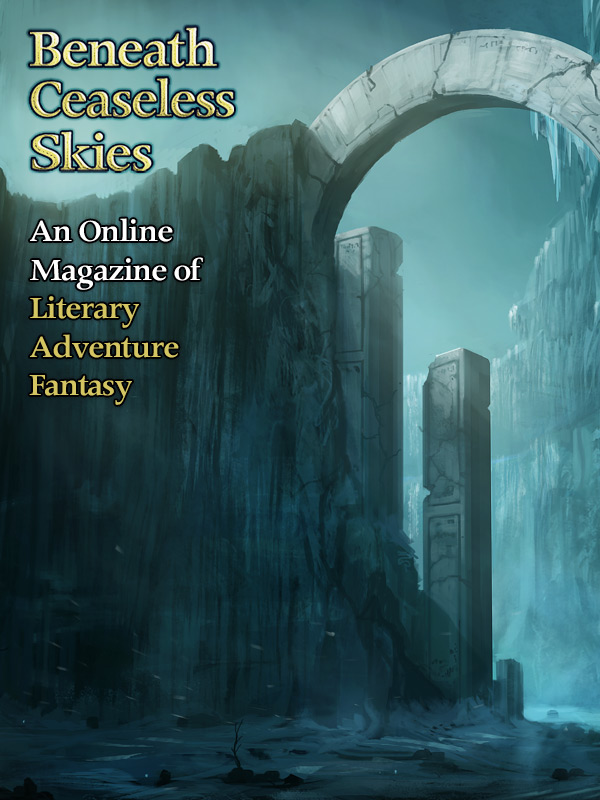 The BCS Audio Fiction Podcast episode is  BCS 097: Misbegotten by Raphael Ordoñez, read by guest narrator Michael J. DeLuca, which follows a character escaping a carnival and his past through a strange landscape of rail yards.

For the From the Archives story, revisit “The Jewels of Montforte” by Adam Corbin Fusco, from BCS #44, which has a similarly dashing flair yet entrancing core as one of the stories in BCS #114.

Also, during the run of this issue BCS is giving away a signed a signed copy of epic fantasy author Robert V.S. Redick’s The Red Wolf Conspiracy, which features a bold heroine in a very unusual world. See this post for rules and to enter.