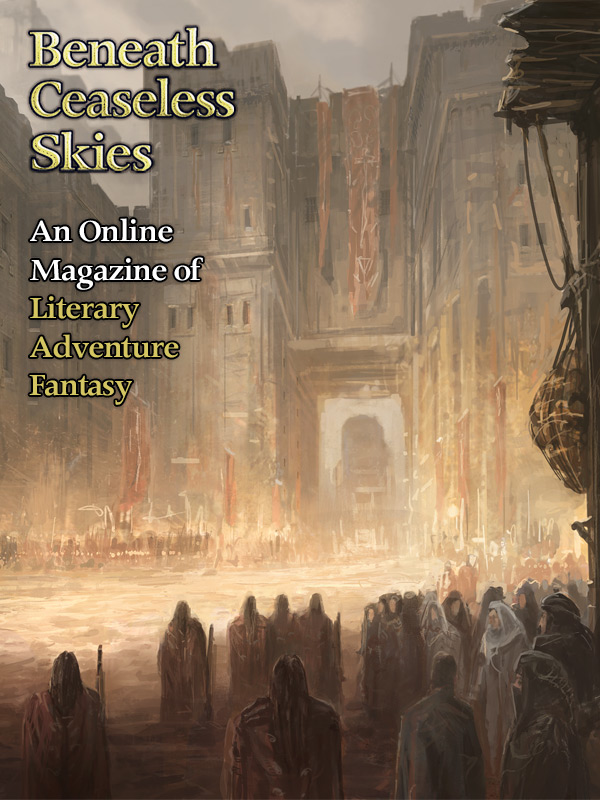 “A Family for Drakes” by Margaret Ronald is set in the same steampunk-plus-magic world of her series of six previous stand-alone stories in BCS, which include “A Serpent in the Gears,” “Letters of Fire,” and “The Governess and the Lobster,” which was named to Locus‘s 2012 Recommended Reading List and reprinted in Year’s Best SF&F 2013.

“Bakemono, or The Thing That Changes” is A.B. Treadwell’s second story in BCS, after the well-reviewed “Playing for Amarante” in BCS #65, which also appeared in the BCS steampunk anthology Ceaseless Steam. The BCS Audio Fiction Podcast episode is this story, BCS 099: Bakemono.

The new cover art for mid-spring is “Marching Off,” by Maciej Wojtala, with its grand sense of marshaling in dusty streets.

Our From the Archives story is “The Bone House” by James Lecky, from BCS #20 and podcast BCS 018,  which deals with similar familial entanglements as “A Family for Drakes” and “Bakemono.”