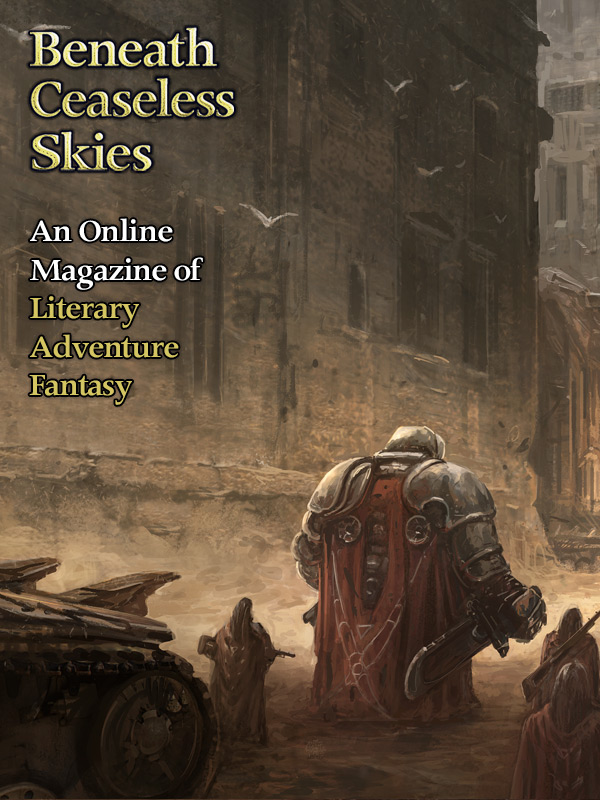 BCS #120 is out today, with stories by authors new to BCS and a guest-narrated podcast.

“The Clockwork Trollop,” a 19th C steampunk tale, is by Debra Doyle & James D. Macdonald, co-authors of over eighty novels and stories, including the recent historical fantasy novel Land of Mist and Snow and story “Philologos; or, A Murder in Bistrita” in F&SF.

“The Drowned Man” by Laura E. Price features a pair of engaging shipboard protagonists facing something strange in the water.

The BCS Audio Fiction Podcast episode is BCS 103: The Clockwork Trollop, by Debra Doyle & James D. Macdonald, guest-narrated by T.D. Edge.  T.D. Edge has narrated a number of past BCS podcast episodes, including BCS 047: More Full of Weeping Than You Can Understand by Rosamund Hodge and BCS 044: And Blow Them at the Moon by Marie Brennan.