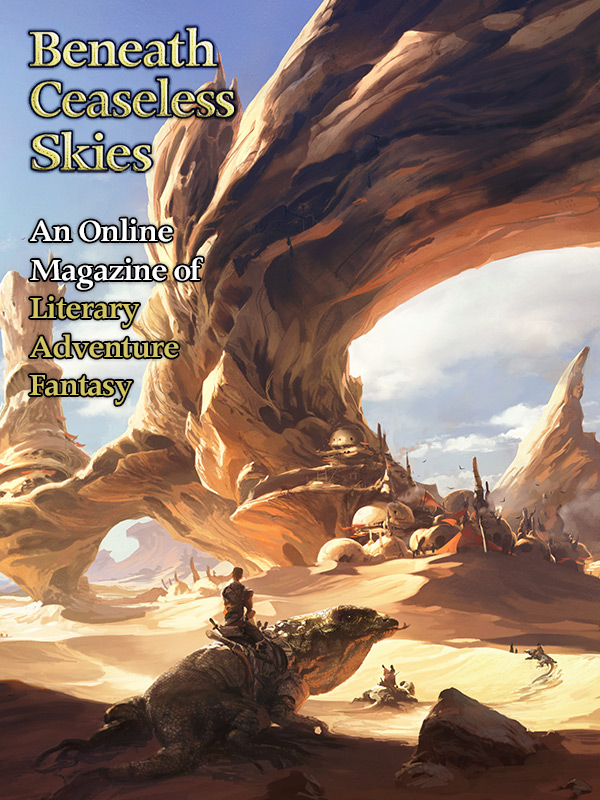 Both the stories in BCS #122, M. Bennardo’s “The Penitent” and Dana Beehr’s “Dreams of Peace” deal with characters under confinement and in isolation. “The Alchemist’s Feather” deals with a character under confinement, who has a charge in danger.

(If you haven’t noticed the ‘From the Archives’ story listings, they are in the RSS feed for New Issues.

We will also be posting about them here on the News page and on the BCS Facebook and Twitter pages, so from here on you will be able to find them there too.)