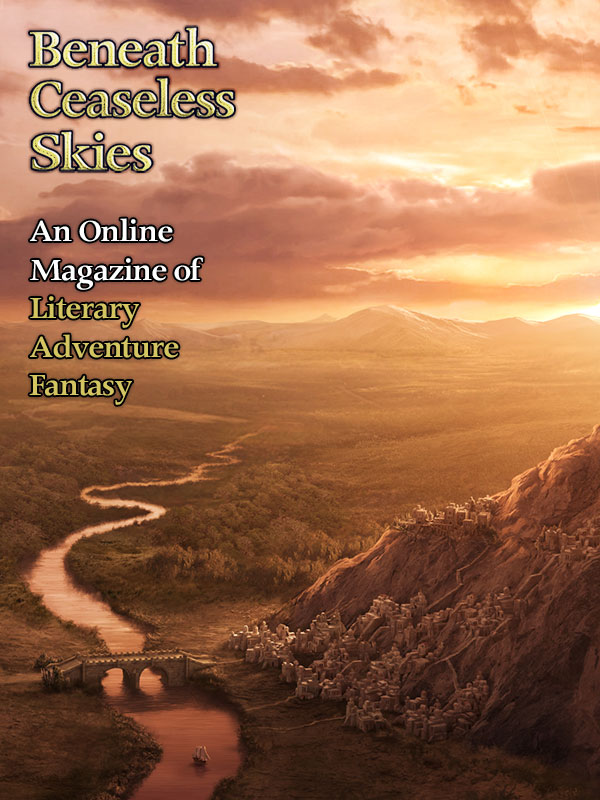 BCS #128 is out, featuring two more new BCS authors and another guest-narrated podcast.

“Ill-Met at Midnight” by David Tallerman follows a justifiably confident assassin through a moonlit garden as he comes to suspect that something is very wrong, while “The Clay Farima” by Henry Szabranski follows a simulacrum as she and her unknowing father struggle to find her mother.

The BCS Audio Fiction Podcast episode is BCS 109: The Study of Monstrosities, Greg Kurzawa’s meditation on humans and monsters from BCS #127, read by guest-narrator and BCS author Michael J. Deluca (“The Nine-Tailed Cat” in BCS #70, among others).

Next issue in BCS #129, we will have three returning BCS authors. :)