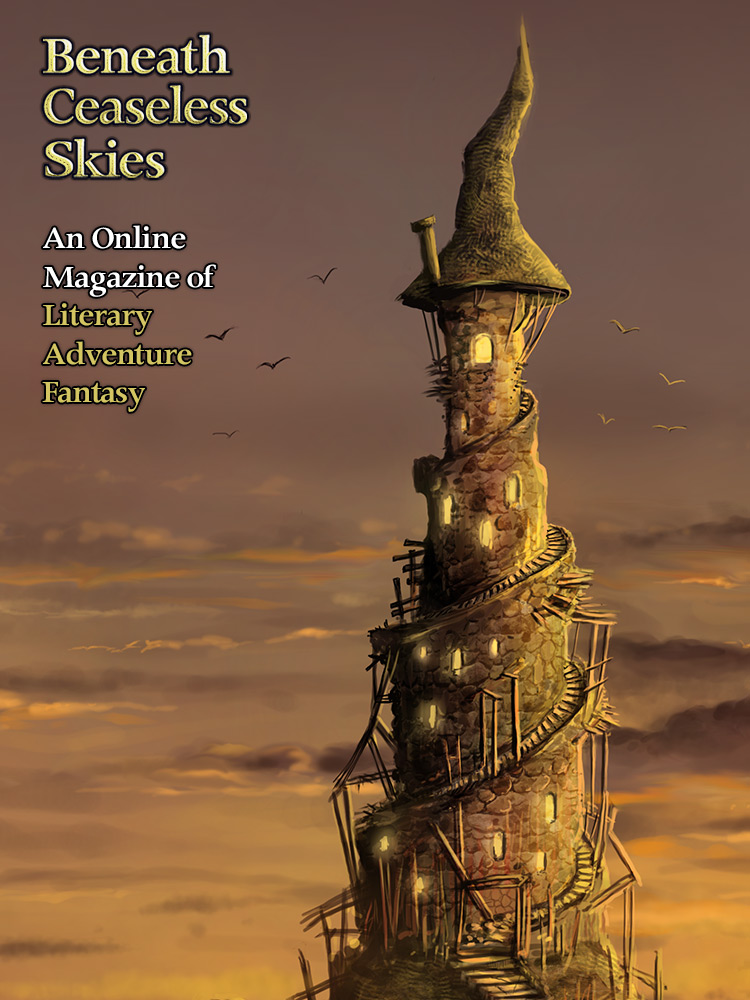 BCS #134 is out, featuring two returning BCS authors and a guest-narrated podcast.

Margaret Ronald (“The Governess and the Lobster” in BCS #95 and six other stories in that steampunk world) returns with “A Death for the Ageless,” her first stand-alone piece in BCS since “Dragon’s-Eyes” in BCS #9. It’s a spec-fic murder mystery in a tense post-war society. Jason S. Ridler (“Buzzard’s Final Bow” in BCS #68) offers “Forsaken Beneath the Stars,” which likewise takes place in the aftermath of war.

The BCS Audio Fiction Podcast with Issue #134 is BCS 115: The Adventure of the Pyramid of Bacconyus by Caleb Wilson, a tale of treasure-hunting and primordial weirdness from BCS #133. It’s guest-narrated by Michael J. DeLuca, who has narrated a number of BCS podcast episodes including BCS 106: The Penitent by M. Bennardo and BCS 090: Worth of Crows by Seth Dickinson.

The ‘From the Archives’ story with BCS #134 is “Shatterach Gates” by Paul Daly, from BCS #35 and podcast BCS 031, a tale of both primordial weirdness and war.