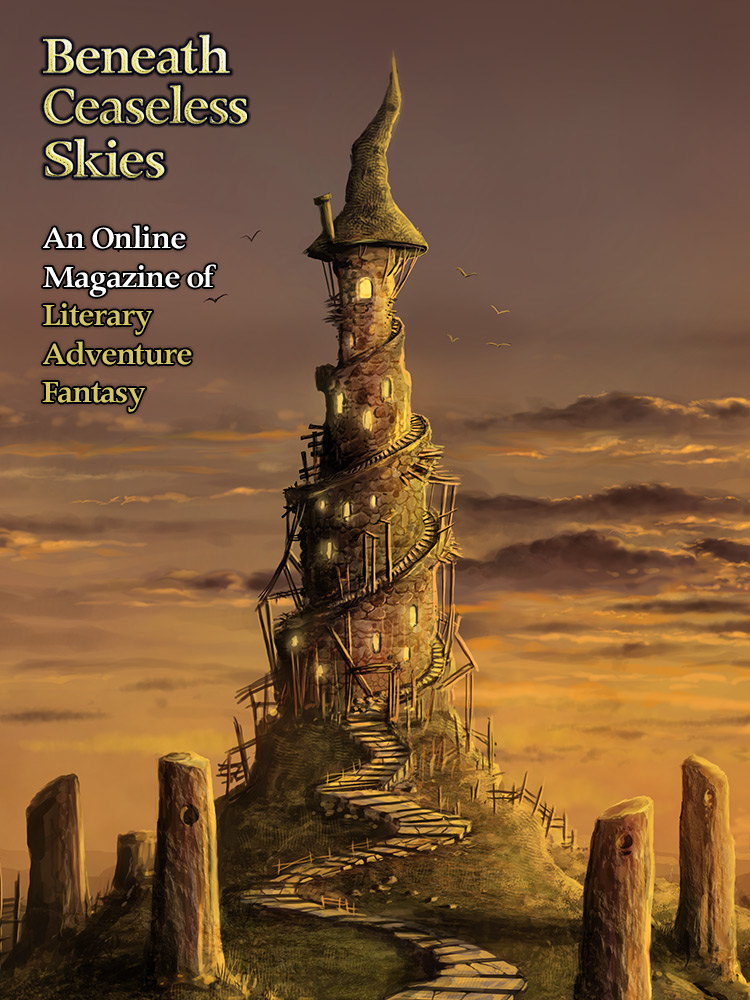 Holly Messinger, author of a Gothic Western novel series set to debut next summer, puts a heroine with a troubling past into a 19th century London in “Moreau’s Daughter.”

Claire Humphrey, whose short fiction has appeared in Strange Horizons, Fantasy Magazine, and others, puts a heroine with a talent and a dream into a troubling society in “Your Figure Will Assume Beautiful Outlines.”

The ‘From the Archives’ story with BCS #135 is “Dancing the Warrior” by Marie Brennan, from BCS #66, a novella set in the world of her Warrior and Witch novels in which a heroine faces the challenges of a training school and the honing of her own abilities.

The Parsec Award-finalist BCS Audio Fiction Podcast is on a brief hiatus. In the meantime, check out our past episodes including stories by M. Bennardo, Seth Dickinson, Marie Brennan, Christie Yant, and our special 100th episode read by a cast of guest narrators, which was a finalist for the Parsec Award: BCS 100: Boat in Shadows, Crossing by Tori Truslow.