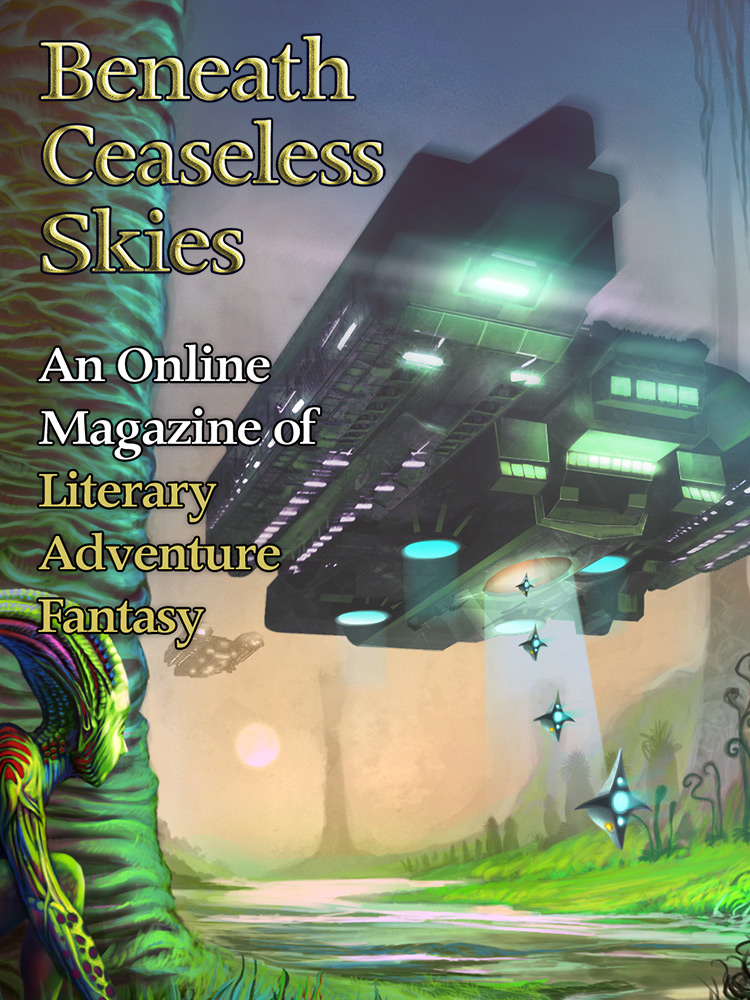 Starting with BCS #142 next week, March is BCS Science-Fantasy Month 2!

This second BCS special theme month of science-fantasy stories–our first one was back in March 2012–will feature stories that combine the awe-inspiring fantastical settings of BCS fiction with futuristic details like spacecraft, laser rifles, and advanced scientific concepts.

Authors will include Aliette de Bodard, Yoon Ha Lee (whose story “The Book of Locked Doors” was in our previous Science-Fantasy Month), Seth Dickinson (“Worth of Crows” in BCS #104, among others), Rachel Sobel, Dean Wells (with a novella set in the same world as several of his steampunk BCS stories), and more. Cover art, excerpted at right, is by Philippine artist Ferdinand Dumago Ladera.

Look for the ebooks of BCS #142, the first issue, out early tomorrow, and the other stories and podcasts following throughout March.