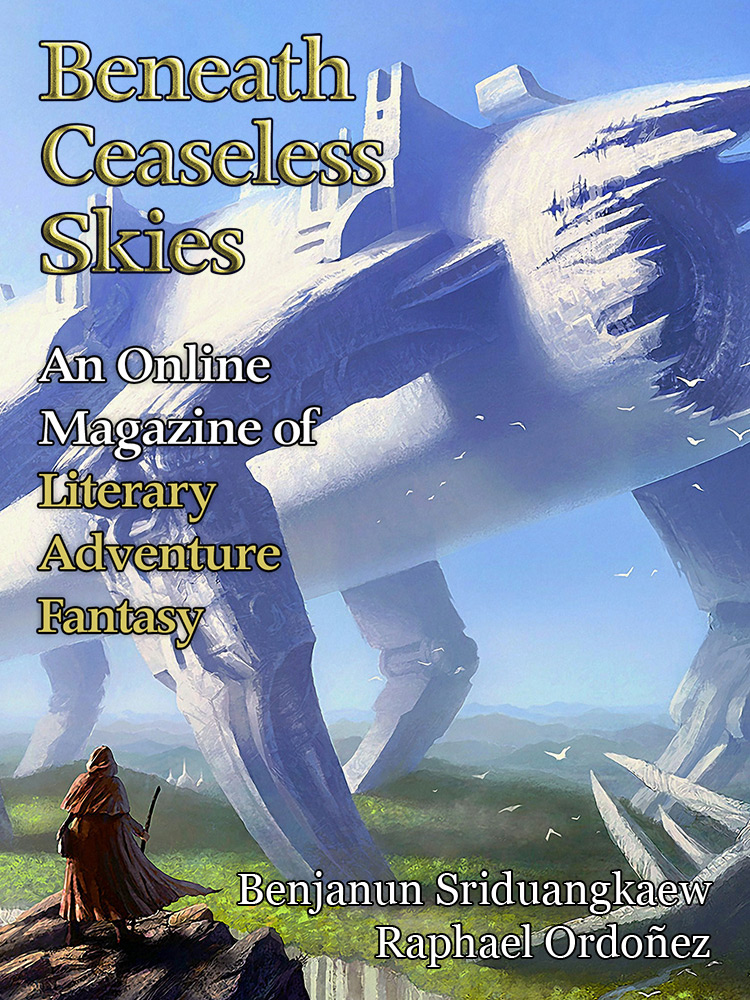 BCS #144 is out today, featuring two returning BCS authors, new cover art for the spring season, and a guest-narrated podcast.

Benjanun Sriduangkaew (“The Crows Her Dragon’s Gate” in BCS #118 last year) returns to BCS with the novelette “Golden Daughter, Stone Wife,” a story of passion and loss and solitude. Raphael Ordoñez (“Misbegotten” in BCS #113, and one other) offers “At the Edge of the Sea,” a tale of solitude and its strangeness.

The new cover art for BCS #144 and the spring season in the Northern Hemisphere is “After the Giants War” by French artist David Demaret.

The ‘From the Archives’ story with BCS #144 is “Blood, Stone, Water” by A.J. Fitzwater, from BCS #118, a story of solitude and passion not unlike in mood “Golden Daughter, Stone Wife.”