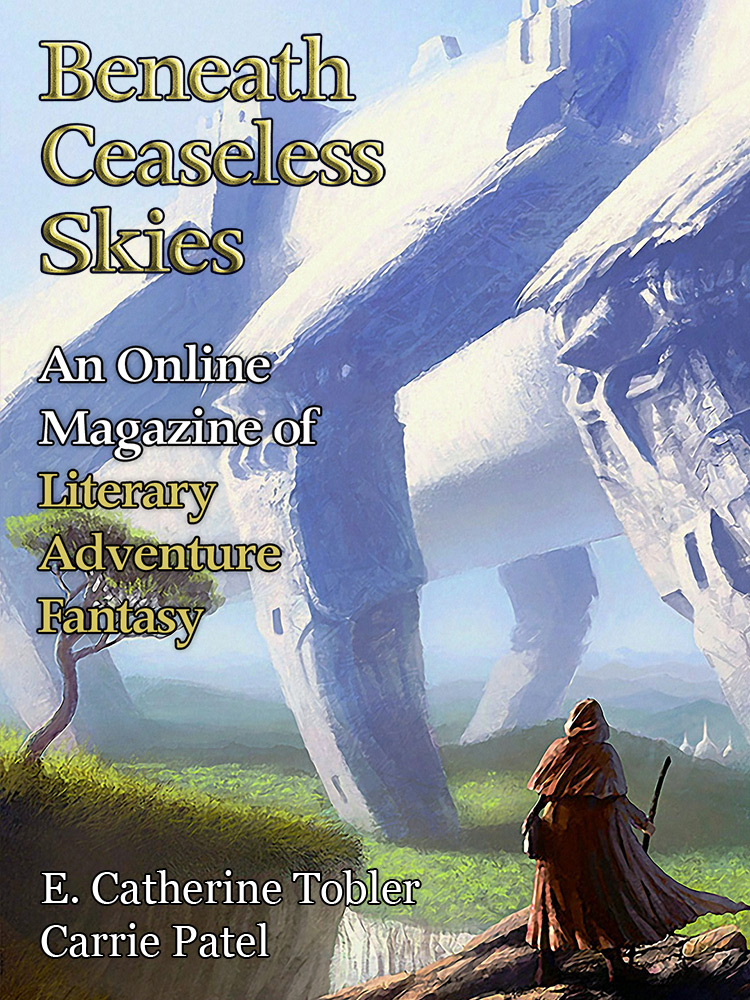 BCS #147 is out today, returning to the dark world of a previous BCS author and venturing to the one of a new one, plus a podcast guest-narrated by a Hugo Award finalist.

E. Catherine Tobler (“Artificial Nocturne” in BCS #126, “Lady Marmalade” in BCS #98, and two others) returns to her dark circus world of those above stories with “We, As One, Trailing Embers,” a very dark tale of complex existence. Carrie Patel debuts in BCS with “Here Be Monsters,” whose narrator may not be as alone in solitude as it seems.

The ‘From the Archives’ story with BCS #147 is “When Averly Fell from the Sky” by Dean Wells, from BCS #103; one of his BCS stories set in his dark and interestingly galactic alternate steampunk world, with a similarly isolated and gruesome feel not unlike h “We, As One, Trailing Embers.”

Next issue, another returning BCS author, another new one, and another guest-narrated podcast! Plus new cover art...