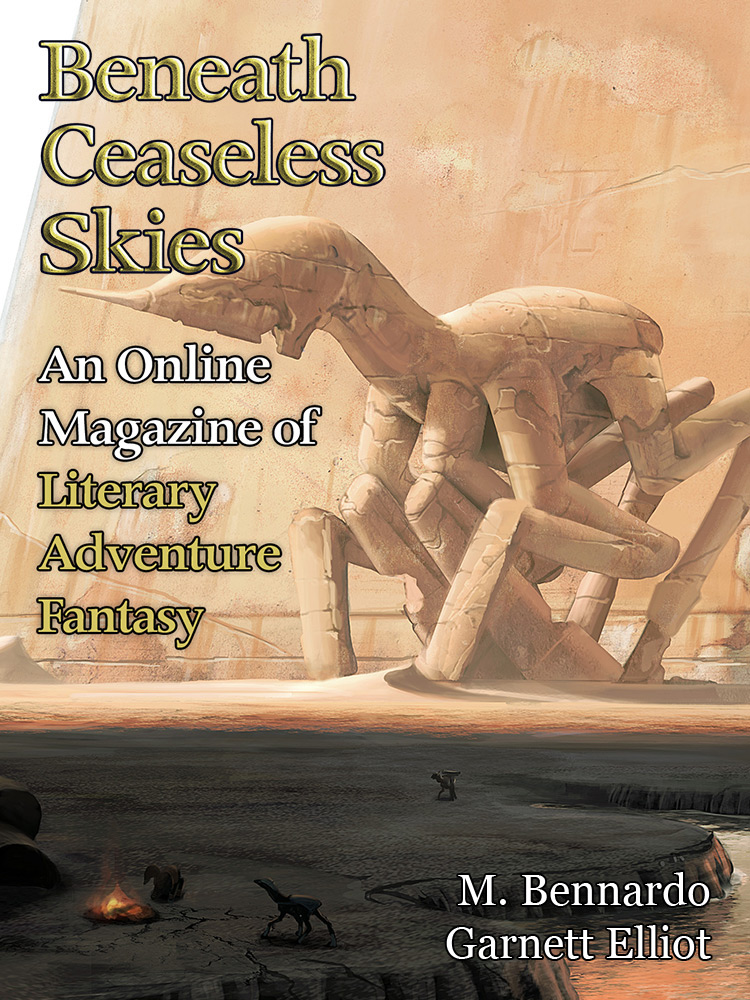 BCS #148 is out today, featuring a light tale by a returning author, an adventuresome one by a new one, a guest-narrated podcast of the former, and new cover art.

M. Bennardo (“The Black Veil” in BCS #130 and podcast BCS 112, “The Penitent” in BCS #122 and podcast BCS 106, and others) returns to BCS with “The Use and the Need,” a light and satirical fantasy set in a historical era of complex social issues.

Garnett Elliot debuts in BCS with “Celestial Venom,” a story of tense adventure but with a character awakening at its core.

BCS 128: The Use and the Need is also the audio fiction podcast episode with BCS #148, guest-narrated by BCS author, podcast narrator, and award-winning podcaster Tina Connolly, who has narrated past BCS Audio Fiction Podcast episodes such as BCS 121: The Breath of War by Aliette de Bodard and BCS 091: Cursed Motives by Marissa Lingen.

The ‘From the Archives’ story with BCS #148 is “Walking Still” by C.T. Hutt, from Issue #136 and podcast BCS 116, with a similar subject and serio-comic treatment as “The Use and the Need.”

And our new cover art debuting with BCS #148 is “Kaybor Gate,” an epic ancient fantastical scene by Australian artist Alex Ries. Look for more views on its epic expanse in the coming issues.