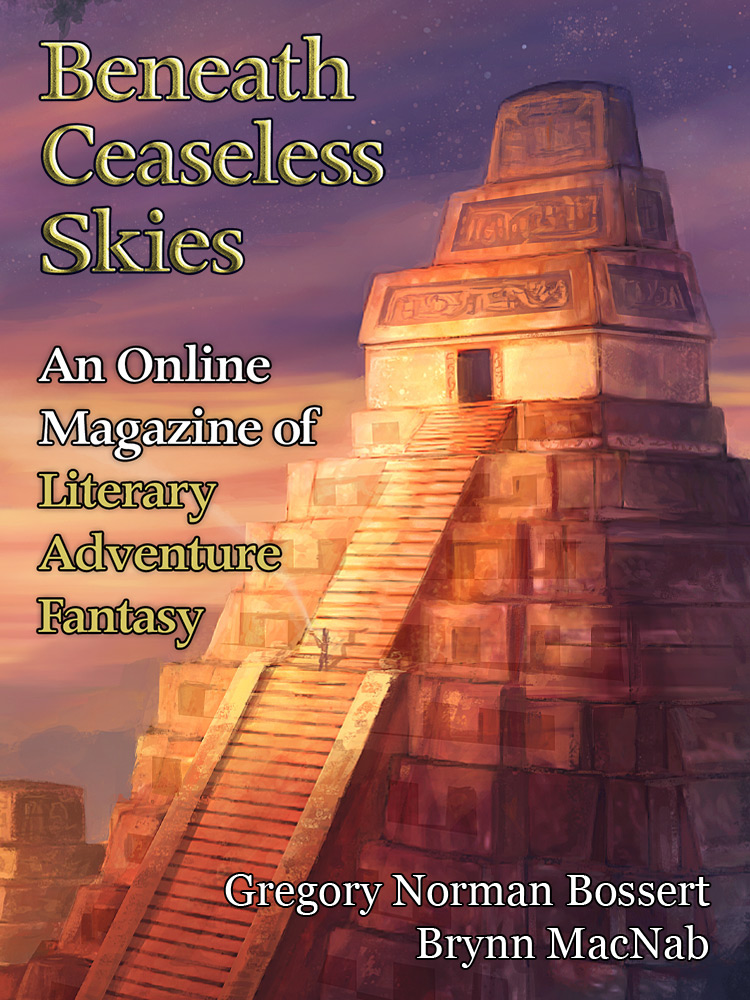 BCS #158 is now out, featuring a new story by a World Fantasy Award winner, a guest-narrated podcast, and Audio Vault and From the Archives stories.

Gregory Norman Bossert (“The Telling” in BCS #109, winner of the 2013 World Fantasy Award for Short Story) returns to BCS with “The Leaves Upon Her Falling Light,” a novelette of nested tales spanning decades in the lifetime of several extraordinary characters.

Brynn MacNab makes a BCS debut with “The Rugmaker’s Lovers,” a darkly acute fable of life choices and their consequences.

The ‘From the Archives’ story is Gregory Norman Bossert’s World Fantasy Award-winner “The Telling,” a different type of setting and feel than “The Leaves Upon Her Falling Light” but just as rich and profound, with a mystery that remains unresolved until the final line.

Our new podcast, The BCS Audio Vault, this week features BCS Audio Vault 007: Memories in Bronze, Feathers, and Blood by Aliette de Bodard, an Aztec steampunk tale from back in 2010. It’s introduced by the author, explaining the genesis of the Aztec setting extrapolated to a steampunk and post-war age.

Next issue, look for dark tales from two returning BCS authors, and another guest-narrated podcast...