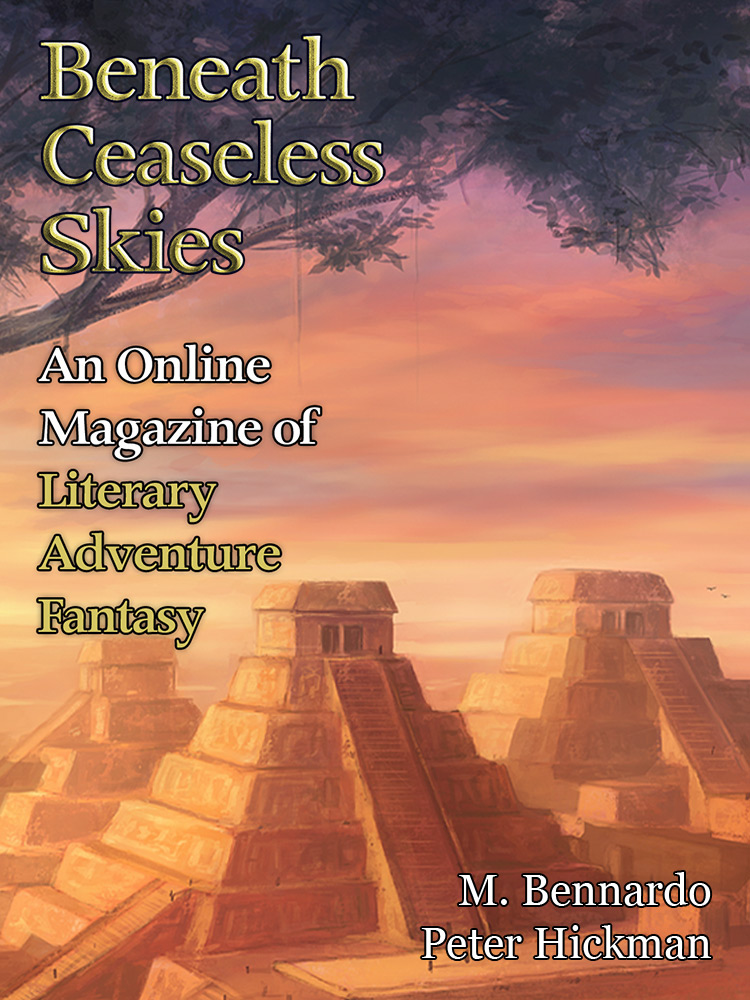 BCS #160 is out, featuring stories by a returning BCS author and a new one, a podcast, and a guest-introduced Audio Vault podcast.

M. Bennardo (“The Use and the Need” in BCS #148 and podcast BCS 128, “The Penitent” in BCS #122 and podcast BCS 106 and BCS Audio Vault 006, among others) returns to BCS with “A Guest of the Cockroach Club,” a novelette of a character driven to the edge of mania in 1820s Washington D.C. Peter Hickman offers “The Streetking,” a thief story of unusual voice and relationships.

The BCS Audio Vault features BCS Audio Vault 009: Ill-Met at Midnight,” David Tallerman’s story of assassin intrigue from BCS #128. It’s introduced by audiobook and podcast narrator John Meagher, whose short fiction narrations have appeared in BCS (BCS 133: No Sweeter Art by Tony Pi), Cast of Wonders, and Podcastle among others,  including our original BCS Podcast of “Ill-Met at Midnight,” commenting on the story’s non-traditional approach to assassin protagonists.

The From the Archives with BCS #160 is “Fleurs du Mal” by J. Kathleen Cheney, from BCS #56, which builds a creepy mood not unlike M. Bennardo’s “A Guest of the Cockroach Club.”

Next issue, look for tales set in societies where the presence of multiple populations causes friction, including a mystery from returning BCS author Margaret Ronald (“The Governess and the Lobster” in BCS #95, “A Serpent in the Gears” in BCS #34, and seven others) that’s a sequel to “A Death for the Ageless” in BCS #134 last November.