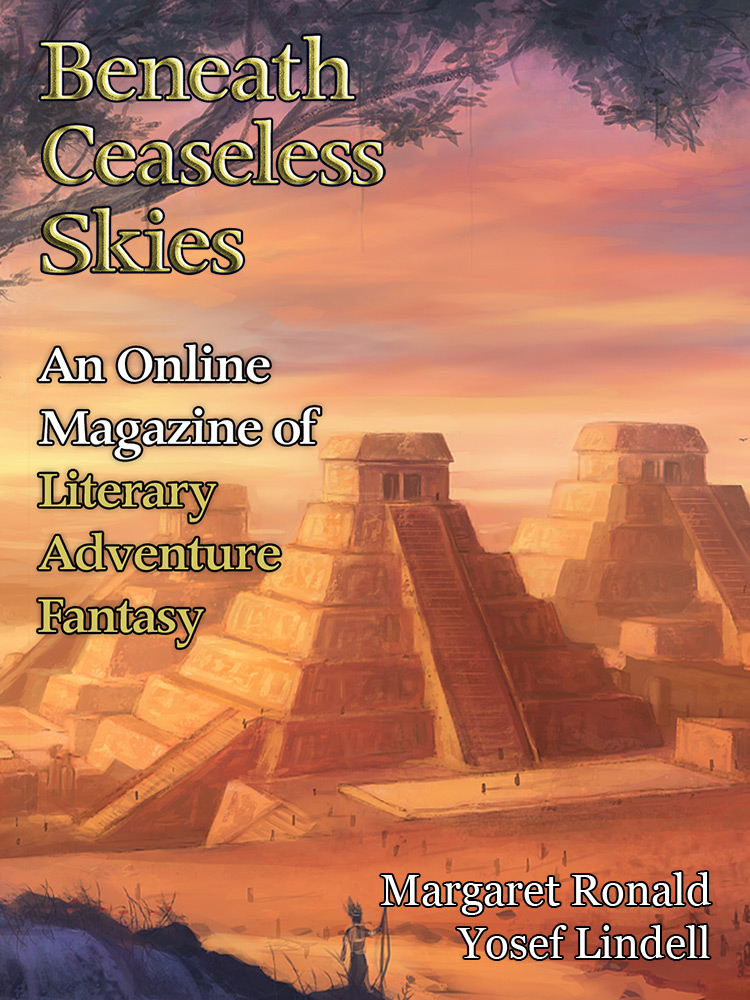 Margaret Ronald (“The Governess and the Lobster” in BCS #95 and six other stories in that steampunk world) returns with “Sweet Death,” a spec-fic murder mystery set in an ethnically complex city still wrangling with the effects of a past war. It’s a sequel to “A Death for the Ageless” in BCS #134.

Yosef Lindell offers “We Were Once of the Sky,” likewise set in an ethnically complex society, this one on edge because of an escalating plague.

The BCS Audio Vault features BCS Audio Vault 010: Armistice Day, Marissa Lingen’s story of an ethnic underclass in a society still reeling from a past war from BCS #117.  (She has a new story “A House of Gold and Steel” forthcoming next issue.) It’s introduced by the author, explaining the real-world figures who inspired the story’s thematic focus and main characters.

The BCS Audio Fiction Podcast is on a brief hiatus. In the meantime, check out our past episodes and enjoy new episodes of The BCS Audio Vault.

The From the Archives with BCS #161 is “Bakemono, or The Thing That Changes” by A.B. Treadwell, from BCS #116 and our new ebook anthology The Best of BCS, Year Five, which likewise deals with an ethnically complex society left tense by the ramifications of war.