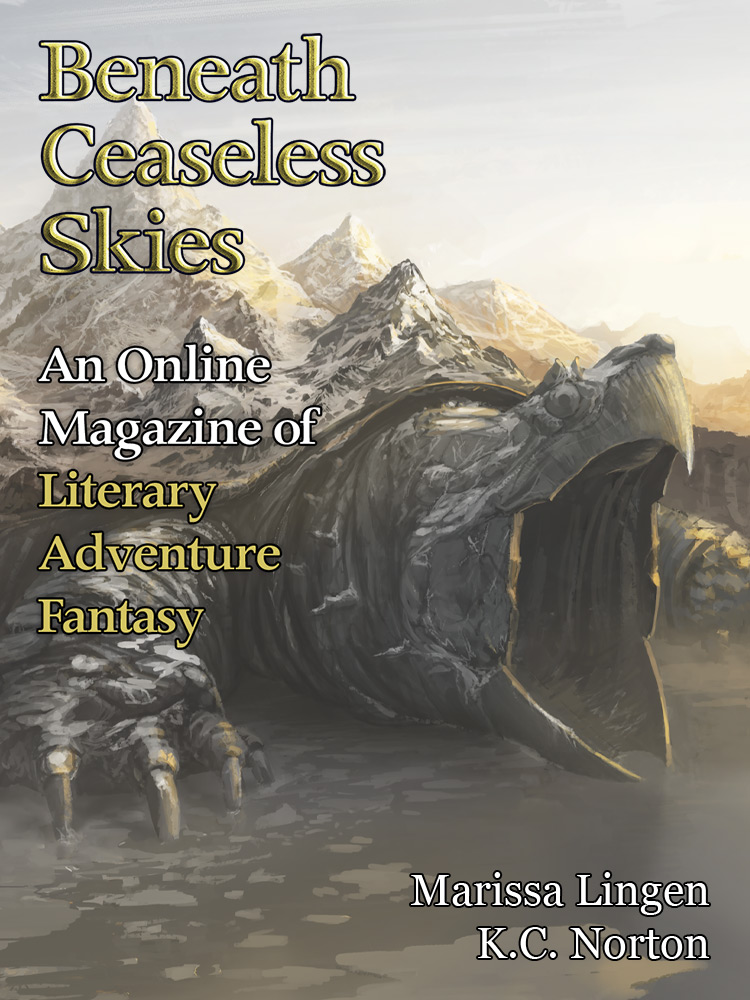 BCS #162, featuring stories about magic and its consequences, by a multiple returning BCS author, a new BCS author, and a BCS author introducing the Audio Vault podcast of their story.

Marissa Lingen (“Cursed Motives” in BCS #105 and podcast BCS 091, “The Witch’s Second” in BCS #76 and podcast BCS 066, “The Six Skills of Madame Lumiere” in BCS #46, among several others) returns to BCS with “A House of Gold and Steel,” a story of magic exploited. K.C. Norton offers “Goatskin,” in which a young adept must rise to a task.

The BCS Audio Vault features BCS Audio Vault 011: System, Magic, Spirit, T.D. Edge’s story of a world-weary wizard wrestling with the social implications of his world’s two competing magic systems. It’s introduced by the author, explaining the real-world inspiration for those two competing systems of magic and for their consequences for the world and the people performing them.

The BCS Audio Fiction Podcast is on a brief hiatus. In the meantime, check out our past episodes and enjoy new episodes of The BCS Audio Vault.

Our new cover art debuting with BCS #162 is “Ancient Threshold,” by Sam Burley, an epic vista that blends elements of zoology and topography on a colossal scale.

The From the Archives with BCS #162 is “Dying on the Elephant Road” by World Fantasy Award-winner Steve Rasnic Tem, from BCS #54 and podcast “BCS 048, which examines the effects of magic from a lighter perspective.

Next issue, look for the return of the BCS Audio Fiction Podcast, alongside two authors new to BCS, including a recent winner of the Shirley Jackson Award...