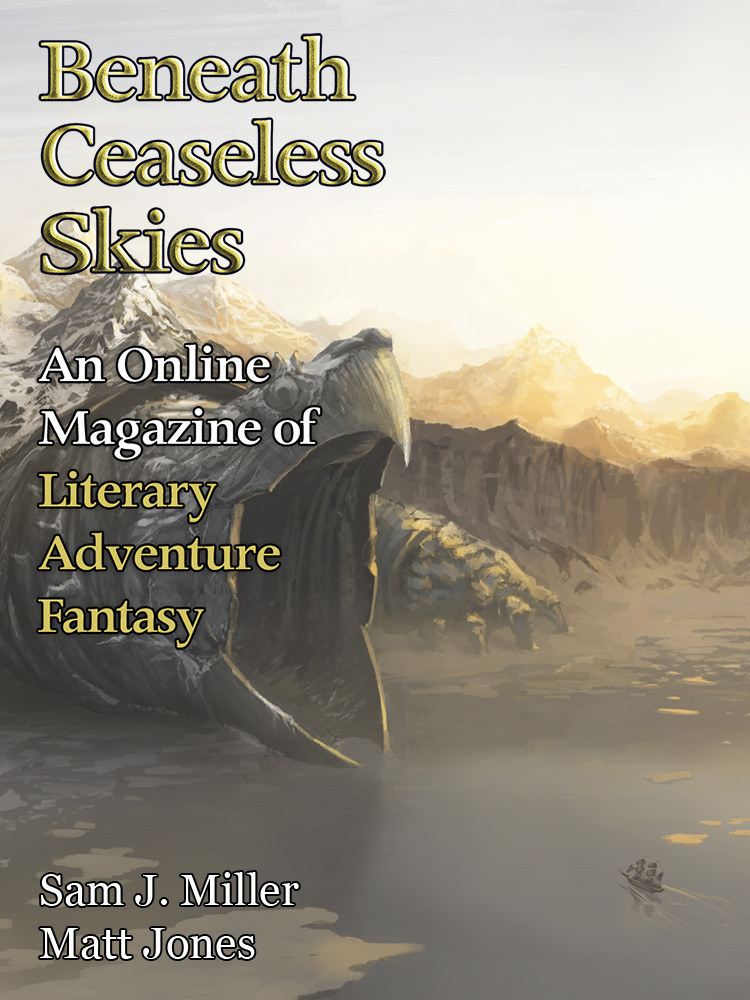 BCS #163 is now out, featuring stories of perseverance from two authors new to BCS, and a BCS author introducing the Audio Vault podcast of their story.

Sam J. Miller, a winner last year of the Shirley Jackson Award, offers“Alloy Point,” a heroine’s cold flight from an oppressive regime and its enforcer. Matt Jones offers “Until The Moss Has Reached Our Lips,” likewise a flight from oppression.

The BCS Audio Vault episode with BCS #163 is BCS Audio Vault 012: The Last Gorgon by Rajan Khanna, introduced by the author, explaining the influences synthesized into the story’s Greek-mythology-meets-steampunk setting.

The From the Archives story with BCS #163 is “Worth of Crows” by Seth Dickinson, from BCS #104 and podcast BCS 090: Worth of Crows, a tale of a heroine in cold flight not unlike “Alloy Point.”

Next issue, the first-ever novel excerpt to appear in BCS, by a multiple World Fantasy Award-winner, plus literary fantasy stories by two authors new to BCS...