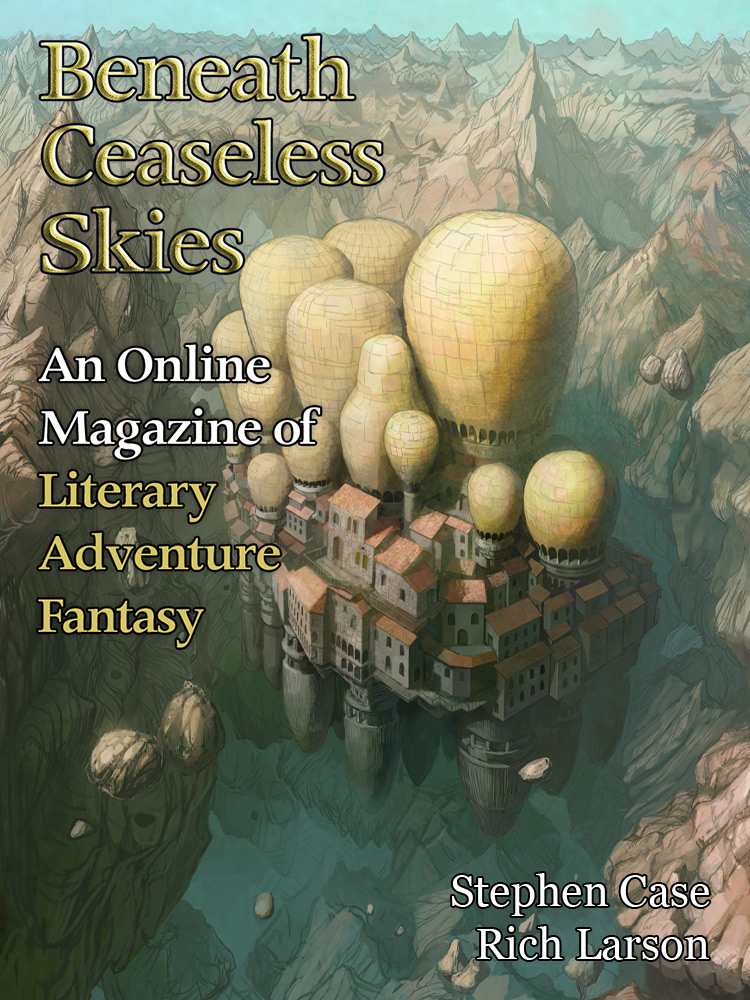 Stephen Case returns to BCS with “The Wizard’s House,” a prequel to his story “The Unborn God” in BCS #150 last spring (given a Recommended rating by Locus online).

Rich Larson (“The Mermaid Caper” in BCS #119) offers “The King in the Cathedral,” a story of two odd exiles and the newcomer who arrives in their midst.

The From the Archives story with BCS #166 is “The Five Days of Justice Merriwell” by Stephanie Burgis, from BCS #13, a tale of a character caught in political intrigue, not unlike s “The King in the Cathedral.”

The BCS Audio Vault episode with BCS #166 is BCS Audio Vault 015: The Ascent of Unreason by Marie Brennan, set in her Driftwood world. It’s introduced by the author, explaining her aim of writing a story in that bleak Driftwood setting that was fun; one in which the characters refused to let the nihilism of that setting grind them down.

All behind new cover art: “Floating Town” by Takeshi Oga, a floating city in the sky unlike any you’ve ever seen.