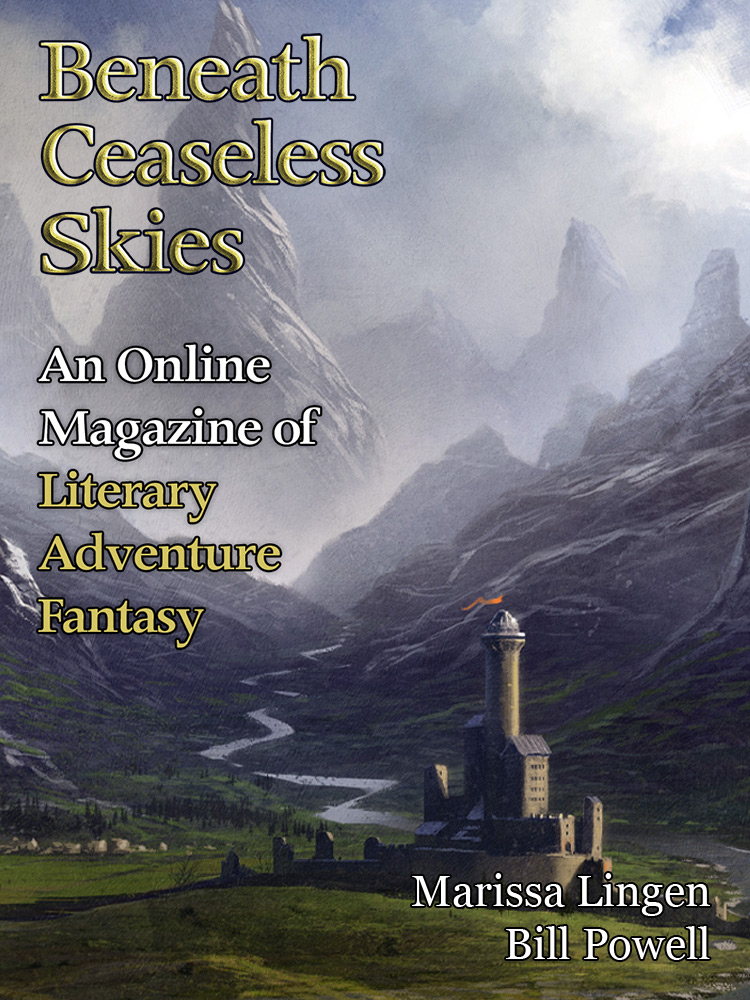 BCS #173 is now out, featuring two stories with dry fantasy humor from a returning BCS author and a new one, plus a large-cast audio reading in celebration of the 150th episode of the BCS Audio Fiction Podcast!

Marissa Lingen (“Cursed Motives” in BCS #105 and podcast BCS 091, “The Six Skills of Madame Lumiere” in BCS #46, and several others) returns to BCS with “Out of the Rose Hills,” a dryly serio-comic tale of an annoying yet imposing accidental companion.  Bill Powell’s “The Punctuality Machine, Or, A Steampunk Libretto” satirizes steampunk, time travel, and light opera in a voice delightfully dry.

BCS 150: The Punctuality Machine, Or, A Steampunk Libretto is a special large-cast reading in celebration of the 150th episode of the BCS podcast, featuring the narrational talents of frequent BCS podcast narrators Michael J. DeLuca and Tina Connolly, plus Bill Powell, reading over a dozen parts that include recitations, songs, and two separate choruses.

The From the Archives story with BCS #173 is “The Adventure of the Pyramid of Bacconyus” by Caleb Wilson from BCS #132 and podcast BCS 115, which was read by Michael J. DeLuca, one of the narrators in BCS 150: The Punctuality Machine.  Equally droll is Marissa Lingen’s “Cursed Motives” from BCS #105 and podcast BCS 091, read by Tina Connolly, another narrator in BCS 150: The Punctuality Machine.