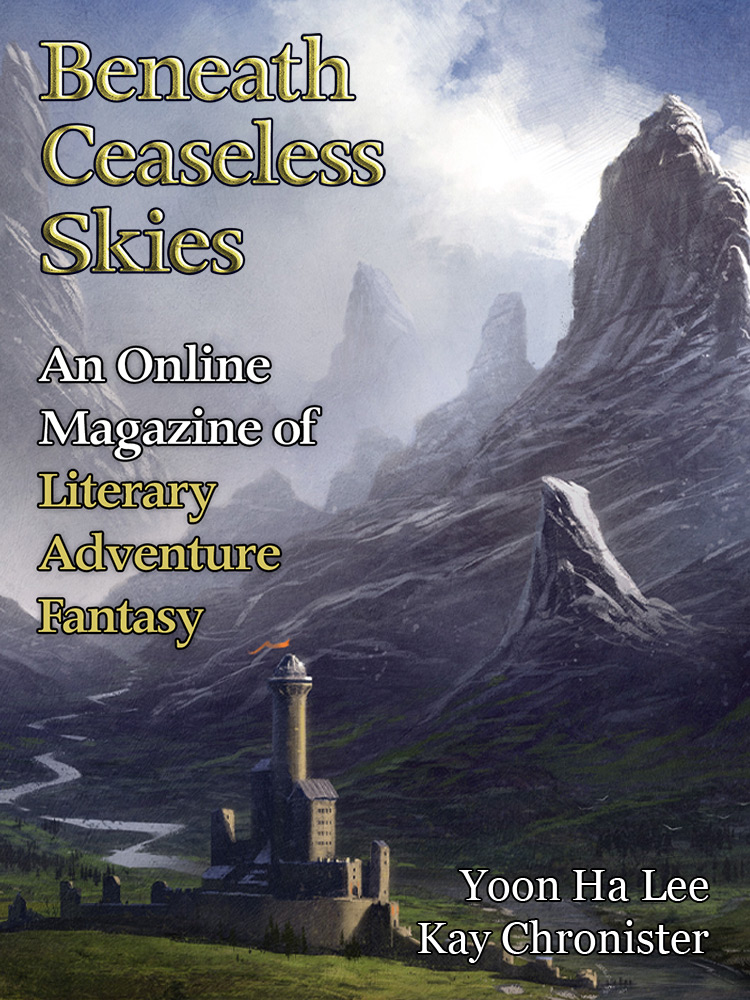 Yoon Ha Lee (“The Bonedrake’s Penance” in BCS #143 Science-Fantasy Month 2, “The Book of Locked Doors” in BCS #91 Science Fantasy Month, “The Pirate Captain’s Daughter” in BCS #27 and podcast BCS 025, among many others) returns to BCS with “Two to Leave,” a tale of seeking direction beyond guardians of  boundaries.

Kay Chronister offers “The Warriors, The Mothers, The Drowned,” the tale of a woman trekking her baby through a strange land of the dead filled with grimacing golems fashioned from maize.

The BCS Audio Fiction Podcast is BCS 151: Two to Leave, a reading of the Yoon Ha Lee story.

Accompanying them From the Archives with BCS #174 is “Crossroads and Gateways” by Helen Marshall, from BCS #151, in which a hunter and a god clash as they cross a veldt of the dead. Her short fiction collection which contains this story, Gifts for the One Who Comes After, was this week named a finalist for the Aurora Awards.