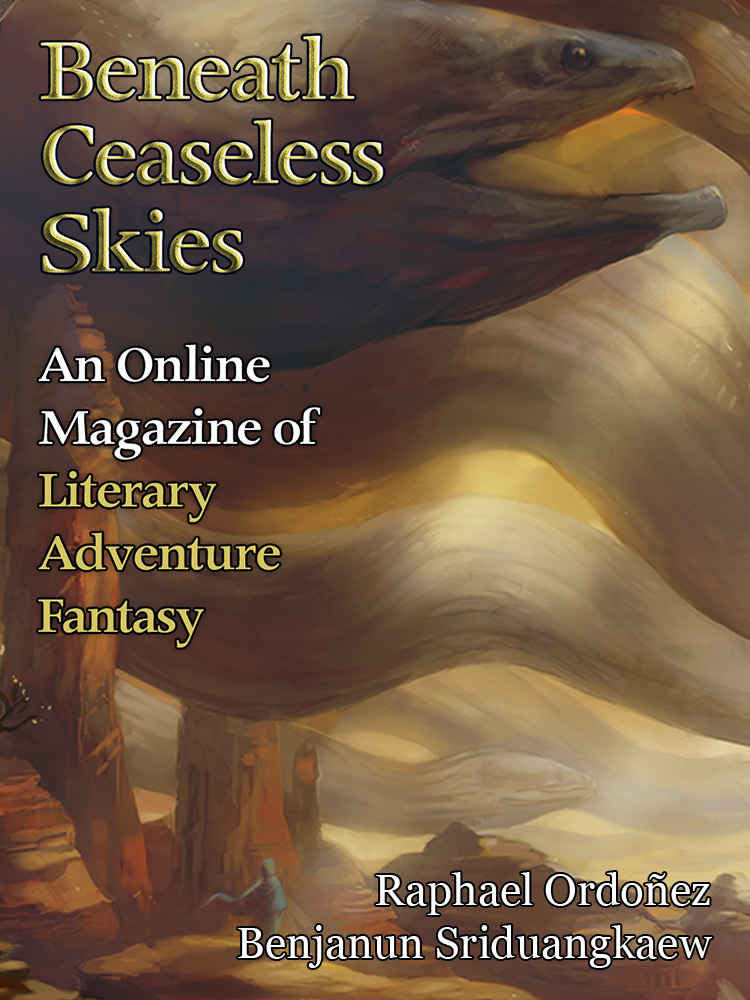 BCS #178 is out, featuring two stories of isolation and interaction among odd companions.

Raphael Ordoñez (“Day of the Dragonfly” in BCS #165, “At the Edge of the Sea” in BCS #144 and podcast BCS 125, among others) returns to BCS with “The Scale-Tree,” a tale of an odd family living in an odd city. Benjanun Sriduangkaew (“Golden Daughter, Stone Wife” in BCS #144 and podcast BCS 124, among others) offers “The Insurrectionist and the Empress Who Reigns Over Time,” a tale of a rebel in captivity and sinuous conflict with her adversary.

The BCS Audio Fiction Podcast is BCS 155: Stone Prayers, Kate Marshall’s tale of the aftermath of war and motherhood from BCS #177.

Accompanying them From the Archives with BCS #178 is “A Spoonful of Salt” by Nicole M. Taylor from BCS #79, our Third Anniversary Double-Issue, another tale of odd family not unlike “The Scale-Tree.” All behind another crop of our new cover art: “Migration,” by Hugo Award-winning artist Julie Dillon.